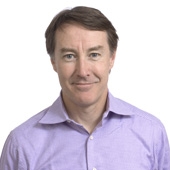 The CEO of Publishing Technology offers his five predictions for trade publishing in 2015, including more hybrid publishers, content marketing and mobile reading. If 2013 was the year that trade publishers finally learned to stop worrying and love the ebook, 2014 could go down as the year when the publishing industry started doing interesting things with digital reading. While ebooks’ share of the total book market has risen more slowly than many expected, we’ve started to see real innovation in the ways that ebooks are delivered to and consumed by readers.

As The Economist observed in its magisterial overview of the modern publishing industry a couple of months ago, the book itself might not be changing much, but the book business is changing almost beyond recognition. So as we look towards a world in which publishing innovation increasingly focuses on business models over book apps, here are our own predictions for the future of trade publishing in 2015.

1. The continued rise of the “hybrid” publisher

Ten years ago, agents sold books to publishers, publishers sold books to booksellers, and booksellers sold books to the reading public. Today, those lines have blurred with the rise of the “hybrid” publisher which has taken the opportunities in the digital publishing age to publish directly or offer previously untapped services. Curtis Brown’s announcement that it would launch Studio 28, an in-house digital publishing imprint in 2015 is an interesting move. It takes Curtis Brown into publishers’ territory, as the agency seeks rights from authors already on its books with a view to “rediscovering and reinventing literary gems” and plans to publish 12-16 titles in the next twelve months.

Save the Date: Designing Books for Millennials Conference on March 26 in NYC, organized by Publishing Perspectives, in partnership with Publishing Technology

Curtis Brown is not the first agency to turn publisher in its own right. Ed Victor’s Bedford Square Books has a three year lead and Scott Waxman’s Diversion Books launched in 2010. Julie Trelstad at Writer’s House helps authors self-publish books when publishing directly might make the best sense for their titles.

The fact that another major literary agency feels it is now sufficiently in its clients’ interests to take publishing mid and backlist titles into its own hands and compete with the very publishers it is selling its books to is an important signal to the market. It tells us that some agents are now taking a more entrepreneurial stance on how to exploit the rights in their possession. It is also stretching the definition of what it is to be a publisher itself.

At the same time, publishing companies are also exploring hybrid business models themselves. A new breed of digital publisher exists that now increasingly offers access to its editorial expertise as a service. They then use the income this activity generates to fund and/or subsidize their core publishing operations.

In years gone by, decisions like those taken every day by agents and publishers could have been seen as crossing the Rubicon. Nowadays, however, they just seem like good protective business strategies.

This year we learned that Jaguar Land Rover had commissioned a new book by William Boyd in the UK. Meanwhile in the US, bags and cups from the popular fast food chain Chipotle would be graced by exclusive short stories by writers including Jonathan Safran-Foer and Toni Morrison. Both were initiatives that garnered a lot of publicity for the writers and brands themselves when they were announced. But they are also a signal of what the publishing industry has to offer a wider and more important business trend: content marketing.

Content marketing has been a buzz phrase in the marketing industry for several years, but hinges on the assumption that consumers are more likely to like what a brand has to say for itself if it produces interesting content. This (with hindsight) rather obvious point presents interesting opportunities to authors, agents and publishers. After all, they are the people with the expertise in creating, selling and commissioning content that readers want to read. So why shouldn’t they increase their earning power by selling this expertise to the brands who want quality content?

As brands wake up to the fact that creating sticky content involves commissioning it from people who genuinely understand how it works, we can expect to see more books and stories originate from content marketing campaigns.

Since it launched in 2007, the Amazon Kindle e-reader has sold in the region of 20 million devices. Meanwhile technology analyst Gartner has predicted that next year alone consumers will buy 2.4 billion smartphones. Comparing those two numbers against one another, what looks like the larger opportunity?

Earlier this year we commissioned a consumer research study taking a closer look at how many people were using their phones to read books. We discovered that this was growing quickly. While few people were using their phone as their primary reading device, they were certainly using their phones to read for short bursts of time. The small screens of early smartphones might have made reading for extended periods of time an eye-straining experience, but this is changing fast. In Asia large-screened “phablets” have been popular devices, particularly among young urban women, for some time. This trend has spread to Europe and the US too, with the phablet form factor getting the official seal of approval when Apple launched its 5.5-inch screened iPhone 6 Plus this autumn. The large screens and battery sizes of these devices make extended reading sessions on a phone a more pleasurable and practical experience. It will be interesting to see whether larger screen sizes correlate with increased reading rate.

As phones around the world get bigger, both physically and as a category, we will certainly see more people use them for reading books in the coming year.

This is a trend that has been bubbling away for a few years, as publishers have realized that the decline in physical book retailing means that their customers are no longer booksellers but readers. Yet learning how to become a consumer-focused business isn’t something that happens overnight.

As a consequence many figures from outside the publishing industry have been quick to bemoan how slow-moving publishers have been in seizing the opportunity to sell to readers. In the longer-term, however, we may just find that publishers were in fact busy laying the groundwork for doing it properly.

For example, this year HarperCollins relaunched its own site as an e-commerce platform on both sides of the Atlantic. In the UK Faber & Faber retooled its own website to deliver the same kind ‘luxury experience’ shoppers would get from interacting with a premium brand. Away from traditional e-commerce, Hachette announced it would sell books directly to consumers via Gumroad. And on the platform side Twitter and Google both unveiled plans to enable consumers to buy directly from tweets and search results respectively that could have interesting implications for publishers.

As more publishers roll-out consumer friendly websites and enter partnerships with platforms designed to make buying and selling easier, it’s possible that 2015 will be the year that direct-to-consumer sales break through. Although whether those sales are made through platforms that publishers own (website) or rent space on remains to be seen.

A lot can change in twelve months. This time last year when discussing the long-term prospects of ebook subscription services and it seemed legitimate to question them on the basis of actual users and publisher support. But, the buzz about subscription services was enough that Amazon launched its own subscription service, Kindle Unlimited. It joined a range of “Netflix for books” services that includes Oyster, Scribd, 24Symbols, Mofibo and many more.

What all of these subscription platforms have in common is a certain degree of subterfuge when it comes to revealing how many paying subscribers they actually have. The way Amazon pays self-published authors who enroll their books in Kindle Unlimited suggests the platform drives millions of downloads a month, but competing services remain tight-lipped.

What is clear, however, is that the race to get readers hooked on all-you-can-eat content is intensifying. So much of our lives are managed on a subscription basis—news, gym memberships, even groceries. Subscription models remove cognitive friction and allow for book discovery and readers taking a chance without having to reach into their pockets to purchase a book, which is what all of the subscription models are trying to capitalize on, jockeying for new and better ways of doing that.

The effort to stand out is leading to services differentiating themselves in interesting ways. Amazon has focused its efforts on ensuring a certain amount of star content is available on Kindle Unlimited, but leans on Kindle Direct Publishing to deliver the majority of content. What Amazon has that the other two don’t have is the sheer number of customers it can tap into to promote its service. Oyster has made a play to capture bibliophiles by launching its own literary journals. Scribd has launched an audiobook streaming service and signed intriguing deals with non-fiction book publishers that could mean it has as much utility as a reference platform for some readers as an entertainment provider.

From the content standpoint, publishers have been slow to partner with subscription services. In a BISG study entitled “Digital Books and the New Subscription Economy,” which was launched last June, it was revealed that publishers are concerned about the cannibalisation of other high-value markets and customer acceptance of these models.

But, publishers are beginning to see more of the opportunities that these services provide. On December 18th, Macmillan CEO John Sargent acknowledged these concerns and stated that nevertheless Macmillan plans “to try subscription with backlist books, and mostly with titles that are not well represented at bricks and mortar retail stores. Our job has always been to provide you with the broadest possible distribution, and given the current financial and strategic incentives being offered, we believe the time is right to try this test.”

The real future of ebook subscription will be written, however, the moment that the growth funding that these services have received runs out. It’s only when the subscription models that don’t work go broke and fall away that we’ll know how many people want a Netflix for books and what makes them open their wallets.

In short, readers and publishers have stopped worrying about the digital revolution and are now looking for how best to maximize the medium through social sharing, subscription services for discovery and friction-less consumption, and new content and sales opportunities. Though publishers continue to focus on the story in most cases, they are challenging the traditional models for publishing and looking to readers for guidance. With a rising Millennial and children’s audience immersed in technology, it couldn’t come at a better time.

Michael Cairns is the CEO of Publishing Technology.