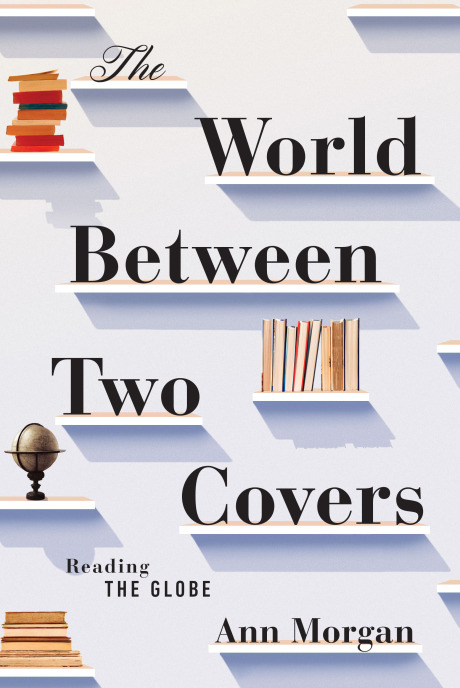 Blogger Ann Morgan read 197 books—one from each UN recognized nation plus Taiwan—and her work has now been compiled into a new book to be published in May. How’s this for a New Year’s resolution: read a book from every single country in the world. That is what Ann Morgan did in 2012, when she set up her blog, A Year of Reading the World, and, at a pace of four to five books a week, began reading, in translation, fiction, and occasionally memoirs, from countries around the world.

Now, her work has been compiled into a book, The World Between Two Covers, which is being published by Liveright this May. The book is described thus:

A beguiling exploration of the joys of reading across boundaries, inspired by the author’s year-long journey through a book from every country.

Following an impulse to read more internationally, journalist Ann Morgan undertook first to define “the world” and then to find a story from each of 196 nations. Tireless in her quest and assisted by generous, far-flung strangers, Morgan discovered not only a treasury of world literature but also the keys to unlock it. Whether considering the difficulties faced by writers in developing nations, movingly illustrated by Burundian Marie-Thérese Toyi’s Weep Not, Refugee; tracing the use of local myths in the fantastically successful Samoan YA series Telesa; delving into questions of censorship and propaganda while sourcing a title from North Korea; or simply getting hold of The Corsair, the first Qatari novel to be translated into English, Morgan illuminates with wit, warmth, and insight how stories are written the world over and how place—geographical, historical, virtual—shapes the books we read and write.

AM: I read 197 books—one from each UN recognized nation plus Taiwan and plus one extra territory voted for by blog readers. They chose The Man in Blue Pyjamasby Jalal Barzanji from Kurdistan.