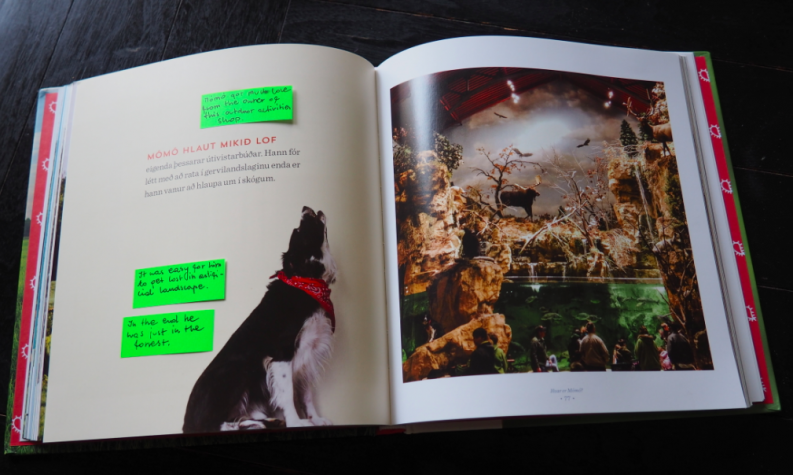 Working in the book business can make one cynical about giving and receiving books as gifts, but the gift of a hand-translated title was a special surprise.

If you’re in the book business, giving books as holiday gifts to friends and relatives can be a tricky proposition. I stopped it years ago. Why? Because nearly everyone who got a book from me assumed that I’d not actually gone out and bought the book specifically for them, but rather, pulled it off my pile of publisher-supplied review copies, wrapped it, and presented it as a “gift.” Hey, I’m not that cheap — though there was the time when I was in graduate school, terribly broke, and bought several “like new” books from the Goodwill on West 96th street and presented them to my father for Christmas. He wondered, later, why I’d given him books that were already “annotated.” Was I trying to say something passive-aggressively to him though the underlines and highlighted passages (ugh, never again). The other side of this is that my friends and family too appear reticent to give me books as gifts — likely assuming that the last thing I need or want are more books. This is a shame, really. I love receiving books, particularly from those who know me well: they can see what I need sometimes better than I do. I realized later when my father gave me a beautiful Folio edition of Marcus Aurelius’ Meditations last year, he was trying to tell me something.

This Christmas, I received what I think may be the most surprising gift of a book I have ever received. It was an Icelandic book Hvar er Mómó? — better known as Find Momo, a title originally published by Quirk Books in the United States last year. Technically, the book wasn’t for me, but for my daughter Eden. It’s a book of photographs and text depicting the adventures of Andrew and his Collie Mómó as they travel across Canada and the United States. In a Where’s Waldo-style challenge, you’re asked to play “hide-and-seek” with Mómó who is “hidden” in each of the photographs, which are themselves accompanied by small snatches of text.

What was different about this book isn’t that it was in Icelandic (which I don’t read), but that the friend who sent it to me had taken the time to hand translate the small snatches of text for me on small Post-it notes attached to each page. It was a surprising, delightful — and very personal — gesture.

One that will be, unlike so many of those free review copies (many of which are now piled up near the door for the annual January clean out), that will be cherished and not soon discarded — or forgotten!

What was the best book gift you’ve ever received? Let us know in the comments.