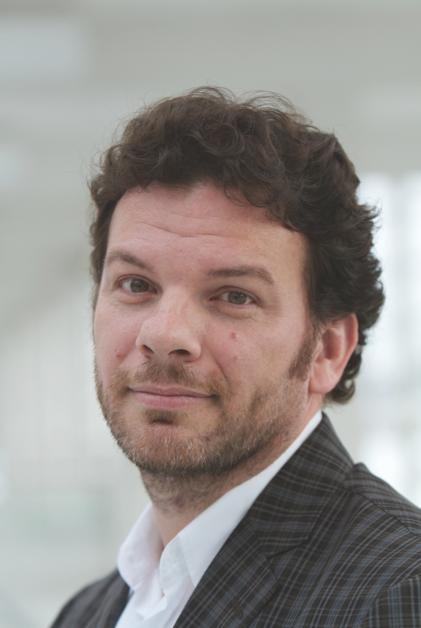 Interviewed at Digital Book World, Amazon’s Russ Grandinetti argued that the company’s ecosystem was “healthy,” and aligned with the interests of publishers and authors. Yesterday at the Digital Book World conference in New York, Amazon’s Russ Grandinetti, Senior Vice President for Kindle, was interviewed by Michael Cader of Publishers Lunch and Mike Shatzkin of the IdeaLogical Company.

Grandinetti took over digital books at Amazon in 2009 and has administered nearly every segment of company’s book business over time.

The following is an edited transcript of their conversation, sometimes paraphrased for clarity:

Michael Cader: Let’s start with some questions about authors. Without authors there is no Digital Book World. Some very well known authors who long considered Amazon one of their best partners said they were having second thoughts. How did that feel? What are you doing to rebuild those bridges?

Russ Grandinetti: We are happy to reach new terms, happy to go back to growing the business. I am celebrating my 17th year with the company. At the beginning it was about helping authors reach the widest audience. We do this sometimes indirectly. Some of the most important ways are indirect. We help authors reach an audience they wouldn’t previously reach, be that through geography, format, channels…

We have a service called Author Central, that has a lot of different services in it. For example, we give authors access to Bookscan data, with a geographic breakdown, instantaneously for free.

Our ecosystem helps authors get a choice not only about where they publish and what they earn as they publish.

Disagreements between authors and publishers are not rare, but rarely does it become so public. For the next couple of years, we are focused on growing the business with them.

Cader: Kindle Unlimited was a driver for [some authors’] businesses, then they came back and turned on it. Are there answers for those asking whether it good for their business or not?

RG: The independent author community is incredibly vocal and vibrant. They are like caps lock sometimes when they tell us what’s going on. They are among the biggest sources of information when they want to tell us what is changing and what is going on. With Kindle Unlimited, you launch it and watch what is going on. It has only been six months, so saying we have answers is strong. We have to sit back and see what happens.

Kindle Lending library, KDP Select, Kindle Unlimited — in aggregate — overall sales are up, so that speaks to the overall health of the system.

I think the system can be improved, based on reaction from the community. There are ways we can tweak it over time.

We are incredibly motivated to make it work for that community. They only have to participate for three months. Our motivations are highly aligned with that community.

Mike Shatzkin: The most successful indie authors are successful because they speak out and push their views out. It is not surprising they become a noisy community.

RG: I’m not sure I entirely agree. There are some authors who are entirely engaged in writing and not in discussion of the business.

Shatzkin: Amazon has long talked about value. Kindle Unlimited feels like a downward push on prices. But the KDP royalty structure punishes for prices too low, and prices too high. The question is do you feel prices still need to go down or further.

RG: This is a complicated question, pricing. There is the question of what price do I set for this particular title. There are natural clusters for titles — say an author has a four title series, you price the first lower. So you you need to expand the lens itself to take in system level pricing decisions, such the decision to initially Kindle ebooks at $9.99 or subscription pricing.

Shatzkin: You must have found cases where higher prices yield more revenue.

RG: We show authors an elasticity curve titles there are similar to theirs and can see where on the curve is revenue optimal. We do this with our larger publishers as well.

Cader: At KDP you are directing authors toward a certain price band based on the royalty structure.

RG: I’m going to answer this as regards to the trade fiction business. I think there is a good argument to be made for other models in other categories of the business. That system level decision on where and how to pay is about delivering a great customer experience.

Cader: Amazon isn’t just retail, Amazon is also a publisher. How far is this going to expand into the store, how many Amazon titles are going to take over?

RG: The more approaches to publishing we have, the more ways people can succeed. Retailers who operate publishers is not entirely unusual — look at B&N and Sterling, historically, or Italy, or Saraiva in Brazil. There was a time when publishers were not happy when we started selling used books.

Even though Amazon publishing is super focused on happy authors. They rigorously survey all of our authors how we are doing. I’m proud that we pay authors monthly, for example.

I think Amazon publishing is among the leading, if not the leading, publishers of translated books. The cost of translation has come down, so now you can see if stories written in another language will sell in English.

It has been healthy for us as a bookseller to be challenged by our publishing team. For years we optimized our store for total aggregate sales. There is a difference between optimizing to sell as many of all books, or selling as many as possible of this book. It is super healthy for us.

Shatzkin: It looks like things are calming down in the marketplace. The big shifts from print to digital have slowed to a crawl. Will things be different in a more stable market place than when things are changing at warp speed.

RG: Questions like that make me nervous. It’s hard to predict when things will emerge that will change the business.

Shatzkin: Subscription is the one disruptive element in the game.

RG: Talking about the book business monolithically, we do a disservice to ourselves. Right now if you look at the digital business, it is fiction dominant. Most fiction in the US is sold online, and possibly, digitally. If you look at the big segments of the business: fiction, children’s, education…they are ahead of the game. Our mindset is what can we invent to get customers to choose a digital environment. But we are not trying to undermine the print business. We love that too — there is an emotional connection there.

In every single digital media category, subscription is playing a role, succeeding at some level. Books will be no different. We need to see how subscriptions will grow the business, and be incremental to it. In books, the a la carte business is healthy and books don’t suffer like music, for example, which competes with YouTube and piracy.

One of the questions we ask is how can we get people to read more. We look at several different ways of reading. How many books? How often? Total amount of time?

As we have also said, the multiplier of people who buy books after buying a Kindle as a Amazon customer is significant.

It is totally uncontroversial to have a hardcover and paperback. At one time publishers were upset with us for selling used books on the site. This is about increasing the yield for a book over its lifetime. I think subscriptions will be something a publisher will consider as an option for a title over the life of the book.

Digital increases the choices you can make for the model for the book over the course of its life.

Our interests and those of publishers are so highly aligned, there is no question. There are so many opportunities where we can focus on the growth of the business.