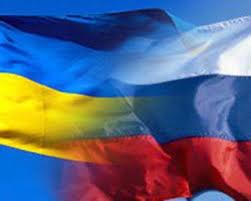 Politics and a 15% drop in sales in 2014 has prompted Eksmo to sell its stake in Ukraine’s Logos-Trans, which operates 50 Book Supermarket stores across the country. Ukraine and Russia’s book markets are codependent, but the Russians are starting to pull out.

The Ukrainian book retail market remains in crisis, with retail sales of books in Ukraine for the first half of 2014 falling by 15%, compared to the same period last year. And despite the ongoing conflict with Russia, the Ukranian government has no plans to restrict imports of Russian books to the local market, which account for as much as 80% of the book market. The government has also not considered a ban, or the introduction of a quotas, despite the fact that many of Russian books, supplied to the local market contain the anti-Ukranian propaganda.

But the Russians themselves are acting: Eksmo, one of Russia’s top publishers, is selling its stake in the Ukranian Logos-Trans company, which maintains a network of nearly 50 bookstores in Ukraine under the “Book Supermarket” brand.

Eksmo declined to offer official reasons for leaving the market, however, according to some Russian analysts, this is mainly the result political issues. Konstantin Klimashenko, the founder of the Book Supermarket, noted that the decision was made as far back as in mid-summer, when political tensions were especially high.

Others speculate that politics might merely be a good excuse to dump and underperforming asset, as Logos-Trans has been mounting debt, now estimated at some UAH 30 million (nearly USD $2 million).

In the meantime, according to analysts of the Russian Ministry of Industry and Trade, Eksmo may be just the first of many Russian publishing companies to exit the Ukraine, where political insecurity has contributed to the decline in the market.

Still there are two sides to the story, with several Ukranian book publishers cheering Eksmo’s decision and the seeing the possible decline of Russian influence on the market as an opportunity for themselves.

According to Eleonora Simonova, founder of the Nora-Druk publishing house, one of the Ukraine’s leading publishing houses, Ukranian books have been shut out of much national retail distribution, which was mainly controlled by Russians. Now, she says, things may change.