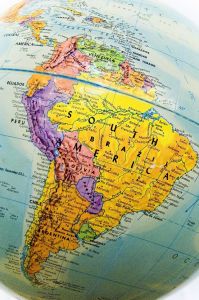 From ebooks to textbooks, rights sales to mergers, the Latin American publishing industry has seen plenty of change recently. New opportunities for international and local players are emerging, while companies are also looking to address challenges of distribution and access.

1: In Brazil, Amazon Starts Selling Kindles Direct, Books are Next

By Carlo Carrenho
After 13 months of using partners to sell Kindles in Brazil, Amazon began to offer direct sales of Kindle devices in February 2014. If they can do that, books are not likely far behind. (Read more in article 7 below.)

By Andrés Delgado Darnalt
An open-source publishing project in Latin America looks to tackle the problem of decreased textbook use among students in the region.

By Carlo Carrenho and Edward Nawotka
The Penguin Random House deal to absorb Santillana’s trade lines has serious implications for the Spanish-book market, but the outlier in the deal is Brazil.

By Carlo Carrenho
Contrary to many press reports earlier this year, Amazon does not have an exclusive deal to distribute digital books to the lucrative Brazilian education market.

By Edward Nawotka
Brazil’s Saraiva has brought in a new tech-savvy CEO who is integrating retail and publishing operations while exploring options in education and tech.

By Carlo Carrenho
The Seattle giant has started selling print books in Brazil and is raising the bar for publishers and distributors throughout the Brazilian book market.

By Anna Kelly
Anna Kelly, an editor at Hamish Hamilton, reflects on her discoveries in Mexican literature during a recent trip to Mexico sponsored by the British Council.

By Leonardo Neto
Argentina’s famed publishing industry has suffered serious setbacks due to changes in government policies, but some see opportunity despite the challenges.

By Andrés Delgado Darnalt
EducaTablet has launched a digital-content ecosystem where Latin American students can access textbooks from major publishers, in Spanish and English, online and off.

By Andrés Delgado Darnalt
Groupo Oceano, one of the largest Spanish-language publishers, has finally launched a line of ebook titles out of its Mexico subsidiary aimed at Latin America.