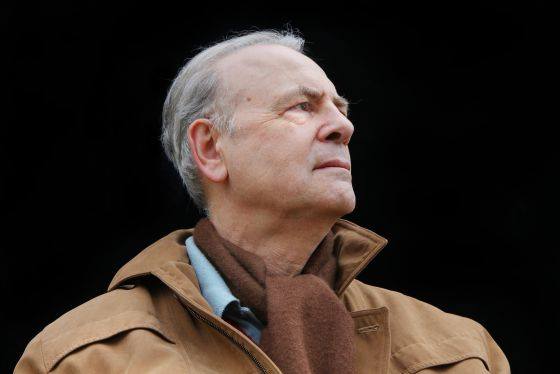 2014 has been a good year for French publishers with strong foreign rights sales of several titles, including Nobel Prize-winner Patrick Modiano’s novel.

French publishers saw strong foreign rights sales for several titles in 2014, and the Nobel Prize for Literature went to French novelist Patrick Modiano, who is published by Gallimard.

Not an easy read, Modiano often treats themes such as identity, memory and the German occupation in France during World War II. His book Pour que tu ne te perdes pas dans le quartier (So that you won’t get lost in the neighborhood) which was published the week before the Nobel Prize was announced, has so far sold 305,000 copies and Gallimard’s foreign rights director, Anne-Solange Noble has closed deals with 19 publishers abroad including Harcourt in the USA and MacLehose Press/Quercus in the UK, Hanser in Germany, Anagrama in Spain, Einaudi in Italy, Cappelé Damm in Norway, and Shanghai 99 in China. The Nobel Prize is also an opportunity for Modiano and Gallimard to sell the author’s previous novels, which have already been reprinted in time for the holiday season.

Gallimard has also done very well with a novel by David Foenkinos based on the real life of Charlotte Salomon, a German-Jewish artist who died in concentration camp in 1943. Charlotte won two major literary prizes and has sold over 340,000 copies since it was published at the end of August. Eleven publishers have bought foreign rights, including Mondadori in Italy, Cossee in the Netherlands, Azbooka in Russia, Keter in Israel and Vega Books in Korea.

This year’s Goncourt prize-winner was Lydie Salvayre, whose parents came to France from Spain as exiles during the Spanish civil war. Published by the Éditions du Seuil, Pas Pleurer (Don’t Cry) is set in Spain during the beginning of the civil war. According to Jennie Dorny, in foreign rights, Pas Pleurer has been sold to Harvill Secker for the UK and US, to Blessing in Germany, to Anagrama in Spanish and Catalan languages, L’Asino d’Oro in Italy, Bertrand in Portugal, Shanghai 99 in China, and to Mujintree in Korea, among others.

On an entirely different register, President François Hollande’s former partner, journalist Valérie Trierweiler dropped a bombshell in early September with her tell-all memoir about their break-up Merci pour ce moment (Thank you for this moment) published by Les Arènes. Foreign Rights director Catherine Farin, who works along with Trierweiler’s agent Anna Jarota, said the book is selling at a rhythm of 10,000 copies per week. Farin estimates that by December 31st the book will have sold 590,000 copies. Rights have gone to 13 publishers including Maeva in Spain, Editura Rao in Romania, Corbaccio in Italy, Shanghai 99 in China and to Biteback Publishing in the UK where newspapers and tabloids had a field day with (mostly) satirical reviews when the book was released in English a month ago. Zemmour, who is a highly controversial figure and is known for his polemical appearances on television shows in which he airs his far right wing views, has had a “staggering success” with his most recent book which has sold 400,000 copies since it was published October 1st, said Solène Chabanais, in charge of Foreign Rights for Albin Michel. In Le Suicide Français, Zemmour claims France is in the throes of a spiritual and identity crisis brought on by the loss of traditional values. Zemmour, who is Jewish, also writes that the collaborationist Vichy regime during the Nazi occupation actually saved French Jews by sacrificing (deporting) non-French Jews. No foreign rights have been sold yet although Chabanais said that Italian publishers have expressed the most interest.

On a lighter note, Pancol’s chick-lit trilogy, Muchachas, all three volumes of which were released last winter and spring, have so far sold 1,200,000 copies and rights have gone to 13 publishers including C. Bertelsmann in Germany, Bompiani in Italy, Dos Libros in Spain, Stereoma in Greece, Pegasus Vorlag in Norway and Sonia Draga in Poland. Besides Bompiani, all published Pancol’s previous trilogy.

France is also home to an ever-flourishing comic book/graphic novel industry. This year two graphic novels stand out; the fact that they are so different is a good indication of how heterogeneous and dynamic the market is. The nearly one-year-old publishing house, Allary Editions, has sold 120,000 copies of graphic novelist and filmmaker Riad Sattouf’s L’Arabe du futur (The Arab of the future), the first in an autobiographical trilogy of Sattouf’s childhood in Libya and Syria and, ultimately, France. Marleen Seegers of 2 Seas Agency based in California handles rights for Allary, and has so far negotiated 14 sales to publishers including a pre-empt, 3-book deal to Metropolitan Books in the US, a 2-book deal to Intrinseca in Brazil, to Knaus in Germany, De Geus in the Netherlands and a 3-book deal to Salamandra for Spanish and Catalan.

Last but not least, Dupuis, the publisher of the Belgian graphic novel action/adventure series called Largo Winch, just released the 19th episode called Chassé-Croisé (the mix-up), which has topped the bestseller charts since November. Mediatoon’s Anton Heully, who sells rights for the series said it was too early to calculate sales during the past three weeks, but that overall the previous Largo Winch volumes had sold over 10 million copies in French and in foreign languages 1,5 million copies, primarily in Dutch, German and English. Most publishers have contracts for the entire series but all do not publish simultaneously. For the moment Chassé-Croisé has been published in German by Schreiber und Leser Verlag and in Dutch by Dupuis. In 2015 Cinebook will publish in English, Norma in Spanish, and Editoriale Aurea in Italian, among others.

All in all a positive year.