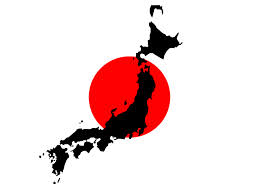 Over the last 15 years, the number of publishers, bookstores and revenue from book sales in Japan has been in significant decline. Speaking at the UK Publishers Association’s International Conference in London on Thursday, Hiroshi Sogo, MD of the AsianBasis Corporation — an e-commerce site partnered with Japanese bookselling chain Kinokuniya — noted that since 1999, the number of publishers in Japan has declined by 12%, from 4,400 to 3,600. The situation with bookshops was “calamitous,” he said — a 37% decline, from 22,000 to 14,000 (these figures must include some smaller, convenience stores). Total sales were 37% down too, from $23.2 billion to $14.7 billion, though Kinokuniya itself has managed to hold up.

Japan, a long-time home to a stable book business, looks to be in trouble. And the issue isn’t simply digitization or ebooks, but with overall decline in reading: recent survey of university students found that 40% never read for pleasure. Immersive reading was giving way to social media snacking on mobiles, with the high monthly subscription cost for the latter eating into any available money that could be spent on books.  The demographics pose problems too, with a declining birth rate and an aging population.

What can Japan do to stem the tide. Kinokuniya has some ideas. What are yours? Let us know what you think in the comments.