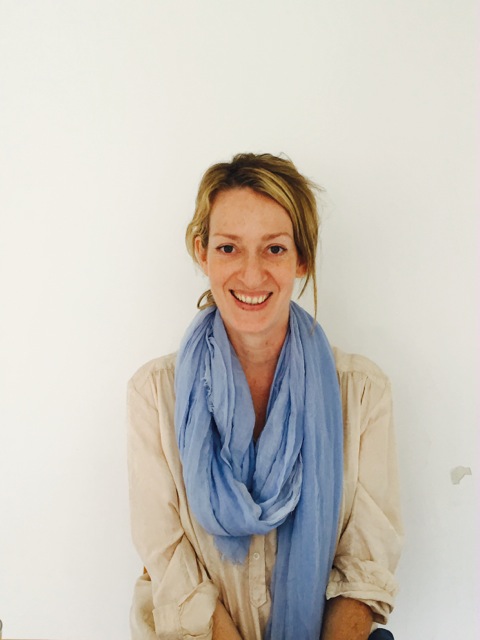 The 26 rights deals for Milena Busquets’ short debut novel have raised eyebrows — but looking at the author’s passion and personal history, it makes sense. There is always something a little magical and fantastical about a first novel selling for a huge sum (in this case half a million dollars) and rights going to 26 publishers as prestigious as Gallimard, Suhrkamp, or Anagrama.

Although Milena Busquets is from Barcelona publishing royalty, it is safe to say she is an unknown outside of Catalunya. But when Gallimard in France and Hogarth Press in the US and Harvill Secker in the UK publish her book, This Too Shall Pass, in the spring, Busquets will be a shoo in for press offices—blonde and ethereal-looking, she is fluent in French and English and has spent her working life in the arenas of publishing and the press.

Busquets’s family history encompasses the multiple world of recent Catalan history—her mother, Esther Tusquets was from the pro-Franco bourgeoisie, yet she left it far behind, transforming the family publishing house, Lumen, into one of the most respected independent publishers in Spain, before she became an acclaimed author at age 42, known for her powerful and original work. When she died in 2012, her daughter’s world “crumbled,” said Busquets. “It was as if you told me the sun would disappear. I’m a rational personal but even today I can’t think about it. A year after her death I went out a lot and then the second year I sat down and started writing and was totally lost.”

This Too Shall Pass is a short novel—less than 200 pages—, which opens in a cemetery where the narrator, Blanca, is reeling following the loss of her mother. The reader travels with Blanca to her family summer house in the village of Cadaqués, where she spends time with her children, her two ex husbands, her friends, her lover, and a few dogs, all the while exploring the painful and passionate bond she had with her mother.

Thinly disguised as fiction, the book, which is raw and straight from the heart, is “very autobiographical,” said Busquets. “I am Blanca.”

Indeed, it is a little difficult to separate the character from Busquets, who, in her writing as in her conversation, spans from light to dark, from frivolous to serious contemplation and back again with refreshing honesty.

“I never imagined that it would be so universal,” continued Busquets, referring to the impressive international interest in her book. “I didn’t think anything, I just needed to say these things; I thought it would cure me and I was determined to write it, there was no stopping me.”

Still, “there were days that I was writing, I had to stop because I thought it was so brilliant and other days when I was crying and thought I had to put it in the rubbish bin directly. Sometimes I thought I had to phone my Spanish publisher to say don’t publish it,” added Busquets, who wrote the novel in Spanish, as she said her written Catalan was weak. She could have written it in French, however; Busquets attended the French Lycée in Barcelona because in the 1970s, “schools were either nationalistic or religious”. The rigid French educational system, she said, is what gave her “the structure to write the novel.”

Busquets does, in a sense, seem very French, but with much softer edges. Her mother had gone to a German school in Barcelona, and was not, according to Busquets, “a hugger.”

When Busquets came back from London where she went to university with a degree in Meso-American archaeology (the inspiration came, she said with a smile, from seeing the film Indiana Jones) she asked her mother for a job. She began by working in the warehouse and making coffee, climbing up the ladder to the publicity department and as a junior editor. Bertelsmann bought Lumen in 2000 and Esther Tusquets was forced into early retirement. Busquets remained for a short time as editorial director and then left to create a small imprint with her mother called RqR which they directed until “the money ran out.”

Busquets has also translated authors such as Nancy Mitford and Sue Kaufman into Spanish and Yasmina Reza from French into Spanish. (Her brother Néstor was the Spanish translator of The Diary of Bridget Jones). She began a fashion blog in 2009 and her posts contain intimations of the astute observations she makes in This Too Shall Pass.

“When I wrote the blog, she [my mother] said I should write about more serious things. She said I was frivolous,” said Busquets adding that fashion wasn’t important to her mother in the least.

“But I always liked clothing, maybe it was because it was a territory that I didn’t have to compete with her in. She learned to like clothes with me.”

This Too Shall Pass is not Busquets’ first novel. In 2008 she published Hoy he conocido a alguien (Today I met someone), lauded by El Mundo newspaper for its “elegant, seductive and edgy prose”. When she showed it to her mother, “she was honest and she said it was ok, it was published. She thought I should publish more… My mother was very harsh but she trusted me. Losing her I lost all references of my worth. She trusted my talents.”

Now, Busquets has written This Too Shall Pass on her own, with and without her mother.

“I wanted to say that even in the deepest sadness there are moments of enormous light if you pay attention. I wanted to explain that sadness is background music but there are places for joy, and love is where you find it…”

Love is a subject that Busquets would like to explore further:

“…with what ease do people give up love (sensual love, devastating love, the only great gift that is given to us apart from having children) in order to acquire a comfortable, easy life, a companion, etc… How we tend to “shrink” love, to make it the size we need it to be and the enormous price we pay, I think that by making love smaller, by taming it, we become smaller people. It [a future novel] would also be about failure and success. But it is far too early…”