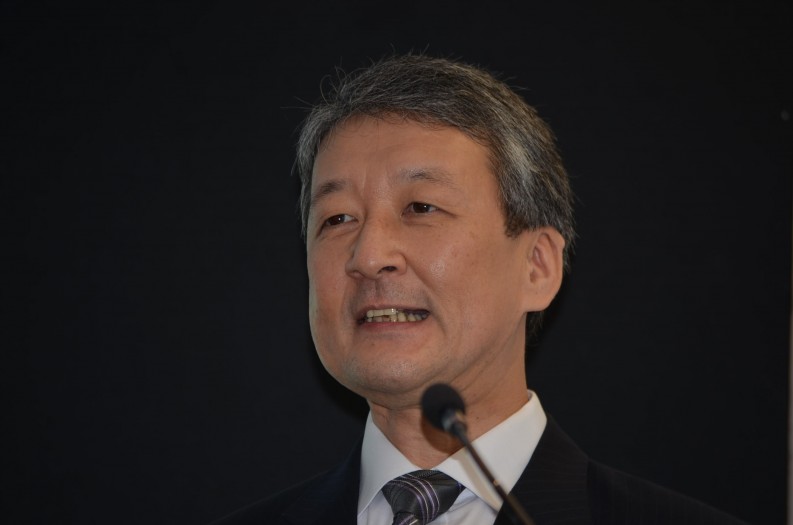 Japanese bookseller Kinokuniya is looking to compensate for the problems it faces in the domestic market by boosting its international presence in two ways: through more bricks and mortar stores and through the development of its new ecommerce operation AsianBasis Corporation (ABC). It will also bravely open two new stores in Japan and is experimenting with various innovative ideas to make visiting its 64— soon to be 66 – physical bookstores in the country special.

Speaking at the UK Publishers Association’s International Conference in London, Hiroshi Sogo, ABC’s MD, said: “We have received invitations to open in Qatar, Bahrain and Saudi Arabia and we are looking to see if this is feasible. Our store in Dubai, which we opened in 2008, is now very profitable. We think there are more opportunities in the US too, and we would love to come to Europe as well. However, it may be that large format bookstores are no longer feasible because of property costs. The new opportunities may come from e-commerce. AsianBasis Corporation works in partnership with our stores and is a little like Amazon except that we pay all our tax. We establish local companies and pay all the local taxes and we advertise that fact.”

AsianBasis Corporation is a little like Amazon except that we pay all our tax.

ABC currently operates in Singapore, Malaysia, Thailand, Australia and Taiwan, and is just about to open in Dubai. It sells a huge range of goods – not just books – though does not include electrical items or pharmaceuticals.

Sogo’s presentation was fascinating, telling the entire history of Kinokuniya, for whom he has worked since 1985. He delivered it with gentle humor to an audience of seasoned UK international publishing professionals who have a great affection and respect for Sogo and everything Kinokuniya has done – and continues to do – for English language titles abroad. In discussing some of the challenges facing the Japanese book market, Sogo mentioned Amazon. While not the threat it is in the US or UK, is still an issue, with its avoidance of local taxes on ebooks and its bypassing of Japan’s fixed price system by offering free delivery giving it an unfair advantage, Sogo believes. In addition, he outlined two further problems, both of which were surprising: the government’s policy of supporting libraries in rural districts – to improve the quality of life in such areas and stop the leaching of people to major cities – was, said Sogo, siphoning sales away from the stores.

And then there was the emergence of second-hand bookseller Book-Off. This chain takes a different approach to other stores selling used books. “They polish the books and put them back on the shelves which means they can charge a higher price,” Sogo said,  “They also announced that they would pay 10% of the cover price for more recent books and this led to a huge amount of shoplifting from out stores.  For the industry as a whole, it is estimated that this has cost around $200 million.” Kinokuniya has confidence in bricks and mortar.

That said, he also noted that there were efforts being made to help further establish the market. Among new ideas to boost the number of customers coming into stores. Among these was something he called “Biblio-battle,” a competition in which five readers have five minutes to present a book in front of an audience, after which a vote is taken to find the winner. “It creates a real buzz in the shops,” he said, “and people find out about other books. We have them every month and we’re really pleased with how they are going.”

Some of the stores have installed iBeacons, small devices that can ‘talk’ to mobiles within the store. “You might be by a particular section and they will alert you to an offer or send you a digital coupon for the café. We are trying this in our new shops at the moment.”

In Tokyo, the company has decided to play to one of its strengths and has recently revamped the foreign language floor of its eight-story flagship store in South Shinjuku to make it a shop within a shop called Books Kinokuniya Tokyo (BKT). “We have around 400,000 foreign nationals living in Tokyo, with around 160,000 being English or American, or English-speaking, and we have to focus on these people. There is an opportunity for us. Amazon Japan is quite disinterested in promoting English language books.”

The company is also promoting what it calls Tadoku, or “immersive reading,” encouraging people “not to use a dictionary, don’t stop, just keep going”. It is also committing itself to more events throughout the chain, with Sogo emphasizing “bricoleur,” the French word roughly meaning “use whatever is around you.” In fact, using single words to inspire action is something of a Kinokuniya trademark it seems. “The Tokyo Olympic team talked about ‘Omotenashi’, which literally means ‘no mask.’ Hospitality is important. It is about inviting customers into our stores and treating them well.”

Finally, he introduced the character “Moichi, the Book Discoverer,” a blue bear cartoon figure that takes its name from Kinokuniya’s founder Moichi Tanabe. The posters and gift guides suggest that like a book-loving Indiana Jones “Moichi” ventures into the stores to discover the riches inside. A benign ‘Moichi monster’ you could say.

All in all, the message was clear: despite the difficulties he had outlined, Sogo believes bricks and mortar bookshops do have a future. Indeed, a final slide spelled it out quite simply. It was of a shop window incorporating a slogan invented in the Sydney branch that read: “Real bookshops still exist.”