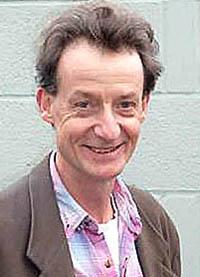 In the tradition of the annual New Yorker Christmas poem, Roger Tagholm serves up some verse to celebrate the year in publishing passed. Welcome book folk and with no further ado

(save thanks to the New Yorker who began this in ’32)

Hold on to your tablets!  You may even need ropes!

Which name to begin our special journey?

She sorted it with Am’zon, made negotiatin’ easy

The bubbling ‘neuf-du-Pape is for Nobel’s top bro’

Step forward if you will, legal eagle of note

Get led to the source with Dominique Raccah.

Let’s ride up high on our trusty sleigh

Better to see who else is coming our way;

Why from here we can see so much of the trade

Back there is someone smiling, not in a hurry

Don’t just stand and stare — get him a beer!

Don’t you know he’s PW’s Man of the Year?

Next to him, and as lofty again,

Is that Simon Cowell? No, it’s Charlie Redmayne!

The year’s been tough, not dollars but dolour —

So here cop a hug from Markus Dohle!

If your apps always fail to go with a bang

Wheel ‘em up for this man — it’s cool Eric Huang!

Next up is the peachiest peach that ever did preach

Each of them championing another way

All marching ‘less there’s no tomorrow

Because Bezos will make the pub’ business Caputo.

Talking of Jeff, who’s that with him looking swell?

Why it’s that Brit from the Farm, Georgie Orwell!

Ebooks should be cheaper — God we get so mad!

Some say that dispute was rather petty

But try telling that to Russ Grandinetti;

And turned their devices into glowing KrisKindles;

An aid to writers who are lost,

And Michael Tamblyn fires up his Kobo

He ain’t gonna be left like no wandering hobo!

Behind them too, another throng,

One that recently has been growing strong;

From Justo Hidalgo to Nathan Hull

Where digital will go next, who can tell?

Problems with wolves?  Jane’s head of the clan!

A skirmish with Harper was good for the soul

Being an indie is much more rock ‘n roll.

Your pad or my pad, iPad or Wattpad,

If at times it means we have to work harder

So who’s at the head of this joyous cavalcade?

Who leads the dance of such splendour arrayed?

So if your ROI pleases the IRS,

And you can put up with DRM like all the rest,

Wrap up your presents in glittering Epub3

And put them ‘round your Christmas Tree;

Don’t forget the gift that’s gentle like a dove

Terms/schmerms — what matters is love.

So from all at PP we wish you Godspeed

A joyous Noel (and slap-up feed),

Whatever your faith — or if you have none –

May peace find you all and we’ll see you anon.