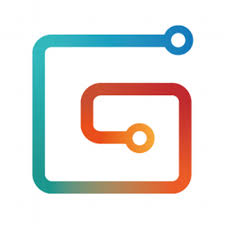 Hachette has partnered with Gumroad, a company that enables direct sales through Twitter, to see if the social media platform can sell books. Hachette said yesterday that it will partner with Gumroad, “a company that allows creators to sell their products directly to their social media followers without leaving the Twitter platform.”

The experiment begins this month, featuring a small number of books by authors who already have large Twitter followings.

According to the Boston Globe, the first batch of titles to be tested include The Art of Asking, by Amanda Palmer, who has more than one million Twitter followers; You Are Here, by Chris Hadfield, the former astronaut and YouTube star who has 1.2 million followers; and The Onion Magazine: Iconic Covers that Transformed an Undeserving World, a book from the satirical news site The Onion, which has 6.6 million followers.

There will only a limited number of each of the books for sale on Twitter, each with a “buy” button as well as a Twitter exclusive bonus item, “such as an original manuscript page from Palmer, with her notes and notes from her husband, the author Neil Gaiman.”

Of course, it’s only natural that people will question how this move relates to Hachette’s recent difficulties with Amazon. At Bloomberg Businessweek, Palmer noted, “I’m not a fan of the idea that Amazon has a stranglehold on any one industry…Giving people an alternative to Amazon is rewarding.”

But publishing consultant Mike Shatzkin told Businessweek that he is skeptical that going around online stores in order to sell direct to consumers is a realistic goal — Amazon has come to dominate that book market, he said, because people like it. “There’s no customer saying, ‘Can you replace these guys? They’re driving me crazy, and they stink,” he said. “There’s no customer base to woo away.”

Also at Bloomberg Businessweek, Ryan Delk of Gumroad, who negotiated the deal with Hachette, noted that “content companies stand to make more money through social media because the cost structure is favorable.” In their deal with Hachette, Gumroad will take a 5% commission in addition plus 25¢ per sale, while Hachette will also have to pay a separate fulfillment company to ship the books. (In the same report, Hachette “declined to say whether the publisher’s margins would be better selling through social media.”

Bloomberg Businessweek concluded by observing that: “Gumroad has already caught on with some big-name musicians. Eminem, Wiz Khalifa, and Girl Talk have all used the site to sell directly to fans, and the company has worked with major record labels as well. There’s a certain irony to the idea that publishers and music labels are adopting a tool established in part as a way around the traditional gatekeepers of the media industry. Palmer says large media companies are often at a loss as to how to capitalize on the expansive social media prowess of the artists they want to promote. “You can be an artist with broad social reach,” she says, “but if your corporation or parent company doesn’t know how to leverage it, it’s useless.”