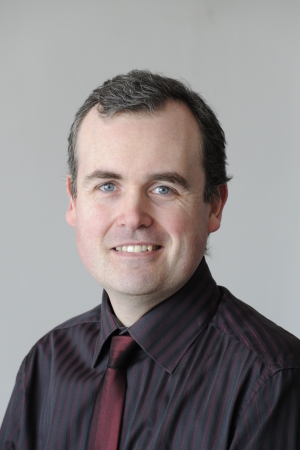 Why make life hard for ourselves? Technology is often sold as “labor saving” but ends up making simple tasks harder. The finger of blame points squarely at software developers who have not taken the time to understand what their users really need. But there is hope in a new breed of software coming largely from startup companies whose survival depends on out-thinking their larger rivals and relentless focus on their users.

Computers are marvelous tools that have enabled huge advances in our way of life and great new opportunities for publishing businesses. But there is a fundamental problem with most computer software — it is not created by the people who will eventually use it but by programmers who may never have even met someone from the relevant industry. This inevitably means that they don’t really understand the problems they’re trying to solve, which in turn means that the software (however well crafted) probably won’t be aimed at the right target.

As we move our work onto computers, we need to find new tools to replace the old ways of doing things. Sometimes, everyone wins. A classic example in our business is the emergence during the 1990s of on-screen editing. The arrival of capable word-processing software meant that editorial workflows changed radically and forever. Although there was much wailing and gnashing of teeth at the time, after a few years, we learned how to use the new tools to our advantage and emerged stronger.

But this isn’t always the pattern. Often, there is no appropriate tool for the job and so we are forced do use something that sort-of does the job but wasn’t really designed for it. Or, worse, some tech company launches “The Answer” and your boss buys into the hype, only for you to find that The Answer is actually aimed at a different question – or, worse, that the developer simply failed to understand the real problem. (iBooks Author, I’m looking at you!)

The ultimate aim of all computer software should be to make the user’s life easier. (Often, of course, the creator hopes to make money out of it, too, but that’s a side issue here.) Before you can make someone’s life easier, you need to understand very clearly what their life is actually like.

Most tools that the publishing business uses were not built for the job we use them for.

One of the classic errors here is to ask people what they want. The answers don’t always represent what they really want. Even if they do, they usually aren’t what is really needed — because most people don’t know what might be possible. Henry Ford famously declared that, if he’d asked people what they wanted, they would have said, “Faster horses.”

Most tools that the publishing business uses were not built for the job we use them for. We were fortunate that word processors turned out to be a good fit for our needs. But the fit is often much poorer. My own pet hate is the software editors have to use to mark up page proofs for books and magazines. There’s nothing intrinsically wrong with software itself, but it’s being forced into service for proofreading — a job for which it’s poorly suited.

The problem is that proofreading has a specific set of needs and expectations. Over their decades working on paper, they have developed sophisticated, standard systems of notation that let them be very quick and precise. The move on-screen has robbed them of this, requiring many instructions to be written out longhand to make sure that the designer understands what is needed. This slows things down and makes proofs harder to handle.

I worked for many years as an editor, and I believe strongly that we should enable skilled people to make the most of their distinctive skills, rather than wasting their time and slowing them down. Eventually, I realized that we wouldn’t get the tools we need unless people from inside the publishing industry set out to build them for ourselves.

To do this, I left my safe job and founded a startup to use modern web technology to help editors with their actual jobs. Our Futureproofs platform makes it far easier to actually mark up proofs on screen, but also enables the team to collaborate in real time. This means less time wasted waiting for long lists of queries to be dealt with — which means books can reach customers more quickly.

Futureproofs also helps teams track performance and identify problems by giving them access to useful data and reports. Because we understand what the team is trying to achieve, we can make sure that the right information is available at the right time.

It’s absolutely key, though, to make sure that you don’t just have the right features but that they’re easy to use. This is the problem I opened with — the people who build software need to understand who will use it and how. And it’s been very gratifying to receive a warm welcome for Futureproofs not only from in-house editors but also from freelancers and authors.

The bottom line is that publishing teams are under increasing pressure to do more with less, but don’t have suitable tools to do so. By building Futureproofs, we are delivering part of the jigsaw, but there are plenty of other places in our workflows in need of similar care and attention.

Can the publishing industry rise to this challenge and create what we need? We don’t lack for skill, and we don’t lack for passion. I suspect, though, that we lack a little confidence. Isn’t “digital” a new world that needs new skills and new people?

If we don’t take command of our own destiny, other people will.

I believe that the answer to this question is a resounding, “No!” There’s nothing magical about digital, and nothing special about people who understand it. It’s far easier to learn about ebooks than it is to learn to be an editor, far easier to understand social media than to create a compelling marketing plan.

We should have more confidence in ourselves as a industry, and go forth and build the tools we need. Sure, we need to find the people to help us — but they should be helping us, not the other way around. Form partnerships, spin out startups, get excited about the future.

Because if we don’t take command of our own destiny, other people will. And there’s nothing more guaranteed to lead to failure than not trying.

John Pettigrew is CEO and Founder of Cambridge Publishing Solutions, and created Futureproofs to make editors’ lives better. Futureproofs was launched at the Frankfurt Book Fair and was shortlisted for a Futurebook Award for Best Tech Innovation 2014.