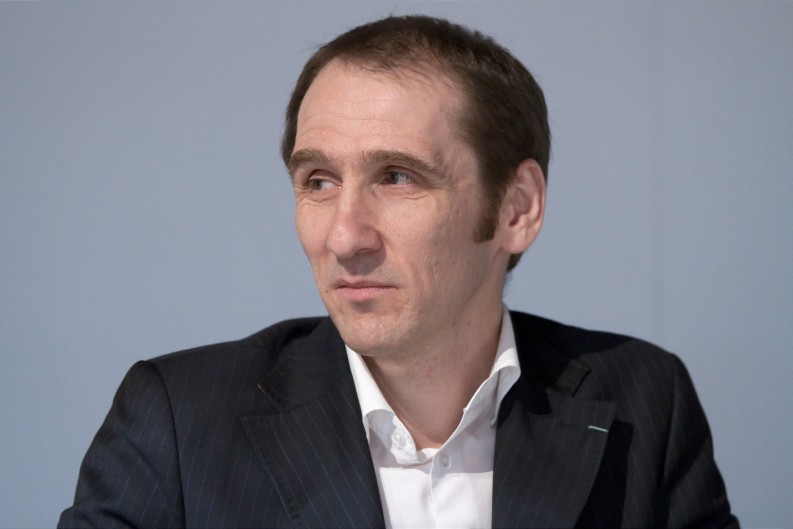 Jean Mattern sees the origins of the French attitude towards books and culture in the French Revolution.

The French and German attitudes toward book prices originate in their long-standing cultural view on the importance of books as a bastion of culture.

When the mob stormed the Bastille in 1789, were they laying the groundwork for the regulated book trade – and much else – that we see in France today? Similarly, were the Enlightenment thinkers in Germany in the eighteenth century, with their idea of bildung – education and learning, moral worth, duty to one’s country – preparing the way for how the German book trade is revered and protected now? Sound far-fetched? Perhaps so, yet trying to get at the why of different countries’ attitudes to their book industries – notably book prices – can lead one down such roads.

It’s a fascinating exercise because, after all, in terms of what citizens like to do in France and Germany – and in the UK and the US who both have markedly different approaches to the book trade – there seems very little difference. Indeed, you could say the needs of all humans are broadly similar. Track a citizen in an average week in these countries and their lives won’t be so very different. Yet when it comes to bookshops and book prices, we see these four countries pairing off in different directions. When these same citizens go on to become legislators in their respective countries they opt to protect booksellers (they would argue) in France and Germany through fixed prices, whereas in the US and the UK they let the market decide. It makes one ask the question again: what is the root of these fundamentally different views?

For Jean Mattern, an editor at Gallimard in Paris, it does go right back to the Revolution, to the founding of the Republic and the sweeping away of the monarchy. “The French state has always considered that culture is not a private matter. In my view, the French Republic has thus taken over the role of our French monarchs who promoted and protected the arts. Culture and literature have to do with our national identity [and nationalism was one of the consequences of the Revolution: people began to think of themselves as citizens, with their highest and sole source of identity the nation state] and it is certainly not by accident that the post-war years saw de Gaulle nominating the writer André Malraux as the head of our Ministry of Culture.”

This was back in 1959 when President de Gaulle created what was then a new post. The fact that it was given to a writer is perhaps significant (and this has continued until modern times – the so-called “anti-Amazon” minister Aurélie Filippetti, who held the position until earlier this year, is also a novelist). Malraux was the author of La Condition Humaine (Man’s Fate) and set about realizing the “droit à la culture,” or the right to culture. He wanted to democratize access to the arts and established the maisons de la culture – regional museums – to introduce art and literature to the population at large.

“I think one big difference between the Anglo-Saxon and the French book market lies in the fact that in France books are not considered to be a product, or an ordinary good of consumption,” Mattern continues. “We call it bien culturel, cultural good, and this justifies the fact that it evolves in a regulated and not in a free market. The aim is to protect the specific character of literature and human sciences : if you let the free market govern alone, these specific fields of human creativity and culture will not be able to develop properly. Immediate profitability is hardly ever achievable with demanding works of literature and human sciences, especially in smaller markets.”

For Jean Luc Treutenaere, President of the SDLC (Syndicat des distributeurs de produits culturels) and Director of External Affairs at the retailer, Cultura, it goes back to a more recent revolution. “From my point of view, it all started around 1968. In the wake of the cultural and political ‘revolution’ of the time, a lot of angry young men established themselves as writers, booksellers or publishers. The book market was growing and we were the in the ‘glorious thirties’ ‘les trente glorieuses’ that followed the war and reconstruction. But these people were very disappointed that their progressive ideas could not be put into practice – the successive presidents De Gaulle, Pompidou and Giscard made a few cultural moves, like Malraux’s maisons de la culture and Beaubourg [the Pompidou Centre], but our left-wingers expected more popular choices.”

He believes the election of François Mitterand in 1981 and the choice of the Socialist politician Jack Lang – also a writer – as Minister of Culture was significant. “It gave them the opportunity to get some action and quickly. At this time, hypermarkets were destroying all local businesses. It was urgent to do something to help booksellers, as books were sold at any price by stores using them to attract customers and sell them just anything, from food to clothes [hmm, now who does that sound like?]. he ‘Lang law’ [le loi Lang] was supported by publishers – one of them, Jerôme Lindon of Éditions de Minuit, is even said to have written it. Why only books and not music, for instance? Mostly because books publishers were French, and music publishers were American, English and Japanese!” So much for France. In Germany, the culture of books has a centuries-long tradition, notes Heinrich Riethmüller, President of the German Publishers and Booksellers Association. “In 1825, the literary critic and writer Wolfgang Menzel wrote: ‘Germans don’t do much, but they write all the more for it.’ The fact that the printing press was invented in Germany most certainly played a decisive role. Indeed, Johannes Gutenberg had a tremendous influence on the development of book culture in this country. Add to that the fact that many poets and philosophers of the Enlightenment, Classicist and Romantic eras came from Germany – Goethe, Schiller, Kant, Hegel – and that no doubt had a major influence on the cultural self-understanding of Germans.

“Other nations, such as the United States, tend to uphold their military heritage, while Germans tend to identify more strongly with their cultural achievements. In addition, Germany has a very long and storied publishing history. All of this comes together to create a situation in which books are viewed in a special way in Germany, i.e. not only as economic, but also as cultural goods. In this sense, Germany is comparable to France, although that country’s cultural self-image is even more pronounced.”

One of the oddities of the French and US approaches to their book industries is that both countries would cite the influence of Thomas Paine in their formation. The English/American philosopher and writer wrote the Rights of Man, published in 1791 which stressed the importance of a nation rather than an individual (such as a King), stating that it was nation that was sovereign. But the two countries would then travel down very different paths when it came to their book industries.

Such differences around the world are commonplace, as the accompanying post explores.