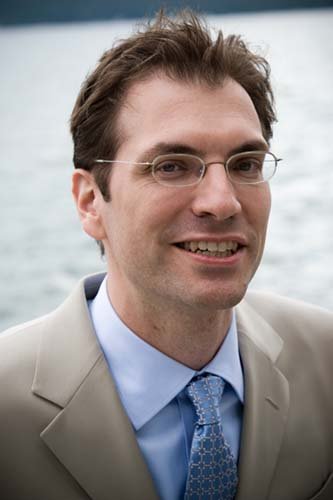 Low-cost ebook conversions enabled massive growth of the market, but there were many errors. It’s now time to upgrade those ebooks to a higher quality. Publishers have converted a huge number of their books into ebooks over the past few years.

For these converted books, most publishers think, “we’re done.” I think they should be thinking, “we’re just getting started.”

That’s the way it is with a 1.0 release of software, and I think publishers should view ebooks as software.

Let’s back up a bit. Why did publishers convert at all? Here are some possible reasons.

I couldn’t resist mentioning the juicy topic of pressure from Amazon, but that gets plenty of attention so I’ll leave it at that: just a mention.

What I want to emphasize is that low-quality conversion, because of its low cost, was a critical enabler for entry into the ebook market.

Publishers should now do a high-quality second conversion.

Another way of putting this is that publishers need to start treating ebooks as software, since ebooks are software.

To be fair, nothing in publishers’ previous, paper-based business would have prepared them to understand the dynamics of software.

Heck, software is such a young, changing field, that half of the software companies out there don’t understand the dynamics of software. So why would I expect publishers to do better?

Then again, as Ecclesiastes says, there is nothing new under the sun.

Publishers have, over the last four centuries or so, developed quality control processes that result in low initial defect rates and allow for fixing the few defects that do creep in. Kind of sounds like software, doesn’t it? At least it sounds like software property #1 above: software has bugs that need to be fixed. We’ll leave property #2 (evolving with environmental changes) alone for now.

So, publishers don’t know anything about the particulars of software, but they do know something about quality control of initial releases and managing bug fixes in subsequent releases.

One might think that publishers’ quality process savvy would have ported well to the world of ebooks. Sadly, this could hardly be farther from the truth.

As far as I can tell, these time-honored quality control processes almost never happen to ebooks. This is especially puzzling in the case of bug fixes, since the ebook medium drastically lowers the cost of reporting and fixing typos.

Paper books don’t have a button allowing a reader to report a typo to the publisher. But, Kindle books might as well not have such a button, since, in my experience, publishers hardly ever act on Kindle typo reports. I made hundreds of such reports before realizing that it is virtually pointless to do so.

To fix a typo in a paper book, a publisher has to not only fix the typo but wait for the next printing, which may never happen if the book’s popularity falls off. In contrast, for an ebook, there is no such thing as a printing, only releases. A new release can be made at whatever frequency the publisher deems appropriate. Too bad virtually none of them seem to take advantage of this capability.

But, let’s get back to my major theme here: low-quality conversion. If the initial conversions of ebooks had not been of such low quality, the typo correction process would not be so important.

So, is all I’m advocating that publishers take reported typos seriously and start releasing 1.1 versions? No. I’d like to advocate for something more radical.

It’s Time for Version 2.0 of Ebooks

It may be painful for publishers to hear this, since most are still in the middle of, or have just completed, the conversion of their back catalog. In software, it is not at all painful to hear that what you do when you complete version 1.0 is you get to work on the next version. In fact, there is often a pipelined development process where work on 2.0 is already well underway when version 1.0 is released!

I’ve already talked about quality a lot, but this admonition to “be modern” takes up a theme I briefly introduced above but then dropped: software needs to evolve with changes in its environment.

For an ebook, there is no such thing as a printing, only releases.

“Be modern” means no more concessions to the limitations of early e-readers. Publishers need to make the same hard calls that software companies make, with respect to leaving certain users behind who do not (or cannot) upgrade their hardware or software. Perhaps Amazon and other vendors could ease those users’ pain by still making the old version available, but I know of no current mechanism for this. In the big picture, I’m sorry to say it but publishers can’t let their concern for a minority of non-upgraded users cause their books to be stranded in a format that was the right thing for one particular time but is not the right thing, going forward.

Two of the most troubling concessions to the limitations of early e-readers that are as follows.

I think ebooks are where books are heading. I’m not saying that paper books will die. They will probably always have a place. But I think that in the future, the roles of paper books and ebooks will flip: the ebook will be the most-read version of the book. The paper version may still be viewed as canonical, and, though it will remain more convenient for some purposes, it will be read less often. If I’m right about this, the quick-and-dirty, device-limited conversions that publishers have done are not appropriate for ebooks in the future.

Ebooks are software. Let’s start releasing 2.0 versions of them.