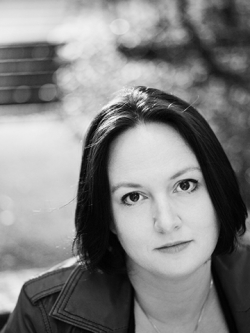 What would you do if you could switch genders? And who would you be if you could change how you are perceived? Jessica’s Schiefauer’s young adult novel Pojkarna (The Boys) explores precisely these questions and won Sweden’s August Prize in 2011. Praised by critics and readers from the start, it reached an even wider audience with its nomination for the Nordic Council’s Literary Prize for Children’s and Young Adults and is attracting strong foreign rights deals. The Danish edition was published to rave reviews this fall, according to her agent Henny Holmqvist, with editions forthcoming in France and Finland. It has already been published in the Faroe Islands and in Syria (in Arabic).

This month, I had the honor of bringing a few chapters into English this December for Words Without Borders. With a grand feature film adaptation slated to premiere in Sweden next fall, Publishing Perspectives caught up with Schiefauer and her agent at the Nordin Agency about the power of the gaze, filming underwater, and the power of this young adult novel.

PP: The discussion in the English-speaking world around questions of consent, rape, sexual harassment and gender identity seems to have been gaining momentum in the past few years. It was only published a few years ago, but to me, the book seems to become more and more relevant and of our time. What inspired you to write The Boys?

JS: I was inspired by the the question of what it means for me to have a woman’s body, and not a man’s. How does it affect my scope of action, how does it impact my choices? It made me think back to my teenage years and puberty, when a girl’s body changes and becomes a woman’s. This new body attracts different kinds of gazes, and many of these gazes are objectifying and sexualizing, regardless of what you personally want. I wanted to give Kim, Bella and Momo a way out of this, I wanted to give them a door that leads outside of reality. They don’t have the power to change how they are viewed themselves, but I could at least give them the power to step out of the bodies that attracted those gazes. PP: Kim, Momo, and Bella are such tender, interesting, active girls, even though they are weighed down by so many of the frustrations and horrors of being an adolescent. In the safe, imaginative space they create around Bella’s greenhouse, they are powerful. Yet they seem powerless against the harassment of the boys at school. Should we be surprised that a story like is coming from Sweden, a country known for egalitarianism?

JS: Though this a magical realist book, the girls’ plight isn’t at all unrealistic. There is, for example, one scene in the book where a few boys pull off Bella’s shirt at school. I witnessed a similar scene when I was in middle school. It was many years ago, and you might think that this doesn’t happen anymore in “egalitarian Sweden”. But it does. It happens far too often that teenage girls come up to me after a reading and tell me that they’ve been subjected to similar treatment—or worse! I think that Sweden has good laws in place to prevent sexism, but when it comes to “the norm”, there’s much more work to be done.

PP: In addition to the magical atmosphere you create, another element of the book that stole my heart is Kim’s narrative. Unlike the other girls, when she is transformed into a boy, Kim feels at home in her boy-body. If I would have read this when I was younger, I think this book would have been crucial helping me understand that bodies and identities are not static or fixed entities. And that as individuals, we should feel empowered to question every aspect of our beings in order to know ourselves and the world around us better. Because of this narrative thread, the book has been written about as a trans narrative. Was this at the forefront of your mind as you wrote the novel?

JS: While I was writing, I kept coming back to the word “gaze”. Perhaps it isn’t the girl/woman body itself that makes Kim feel hopeless, but rather how those around her see her as a result of it. I think that identity is very much shaped by what people believe about you. The gazes in your environment and prejudices sort of take root under the skin, and teenagers especially have a hard time working against that, I think. For me, the three girls represent three different ways of contending with the term “gender”. Kim’s starting point is “I refuse to be looked at this way”, and her solution is to take off the body that’s being looked at and wearing another. Pojkarna (The Boys) became a story about gender and transformation, but that was something that developed while I was writing.

PP: In some ways, the setting has typically Swedish markers: There is a town near a forest and a harbor. Yet, nature and civilization also mingle in a way that for me brought to mind glittering fairytale landscapes mixed in with that peculiar horror of Jan Švankmajer’s animated films. It also feels like Kim, Bella, and Momo are able to traverse space with a dreamlike quality. Tell me a bit about the role of nature in the novel and how you chose to construct the world in which the three girls live.

JS: I think the settings and the atmosphere in the book emerged because I was (and am!) deeply inspired by Angela Carter. Her novels blend fairytales with realism and romanticism with politics. Her literature is uniquely free and brave. Without her books I would have never been able to write Pojkarna (The Boys). And also the settings and times were chosen for practical reasons. If teenagers are supposed to be able to do the things that Kim, Bella, Momo, and Tony do in the book, it has to take place at night, when the parents are sleeping, and in places that are empty at night, like abandoned shelters and remote industrial areas!

PP: In the three years since you’ve won the August Prize for this young adult novel, I’m sure you’ve give countless interviews. Is there anything you wish you would have been asked about the book, or is there an element of the novel that you feel deserves more attention?

JS: I’d like to once again raise the question about the gaze in the novel. What happens with identity and self-perception when you’re perceived through pre-conceived notions of who you are, what you can do, and what you want? I wish that this would be talked about more instead of trying to establish if the book should be categorized as a queer novel or not… I think that gaze and perception are some of the reasons for the prejudices that create harmful norms, and I think that all people, children as well as adults, need to think about how we view people who break the norms that we are accustomed to. To me, this is the book’s central question.

PP: Tell me how you come to represent this book and which elements of the novel made you fall in love with it. HH: I used to work as a publisher, and although I didn’t publish Pojkarna (The Boys) I read it and fell in love with it. The language is unadorned and yet beautiful, and it’s a short novel but with a huge scope. It can be read on so many levels. And the metaphors with the flowers and all the growing and bursting in the greenhouse simply resonates with me. When I started out as an agent I contacted Jessica, and shortly there after we started to work together.

PP: What do you feel The Boys adds to the body of young adult books being published today?

HH: Pojkarna is a coming-of-age-story that touches on important and well-known topics that holds a special interest for young readers (love, life, death, friendship, sisterhood) and in the flood of books about adolescence, the author manages to breath new life into these topics and let us see the ideas behind them in a new and surprisingly mature way.

The novel’s strength is both in the setting that combines the ordinary everyday with the beautifully magical, a realistic saga, and in the way the novel challenges the reader to see past the fixed male and female roles.

What would happen if you could transform your body? – A mind-boggling question that in Jessica Schiefauer’s hands unfolds a story about taking power of our identity and free ourselves of our masks.

PP: A film adaptation of The Boys is coming out in Swedish next spring. Can you tell me a bit about the production and how the film rights came to be sold? Actors, early production stills…anything!

HH: Producer Christer Nilsson at Götafilm in Sweden read an enthusiastic reviews in the beginning of 2011, and he went downtown to buy the book. He read it over the weekend and was fascinated. A week later he contacted the author, they met and came to an agreement. Three different directors where contacted and they read and gave their visions for the film and Alexandra Keining was chosen to direct Pojkarna.

Producer Helena Wirenhed at Götafilm has worked with the production this fall and at the moment the film is being edited. She new from the beginning that the casting would be incredible important and in the spring the work with finding the right teenagers to play Kim, Momo, Bella and Tony was intensified and Maggie Widstrand found the perfect young actors. Helena describes the shooting of the film as an amazing and fun journey despite late night shoots, underwater filming and rain machines.

Theatrical rights where secured by the National Theatre and the play toured around Sweden in the fall 2013 and spring 2014. The target audience was young adults, and perhaps new theater audiences. And the physical experience of a play works extremely well with the content of the novel and served an intense theatre experience that can provide a taste for theatre. It also allowed for discussions on topics that we seldom dare touch upon unprovoked. I hope that the play will get the opportunity to travel just like the novel.