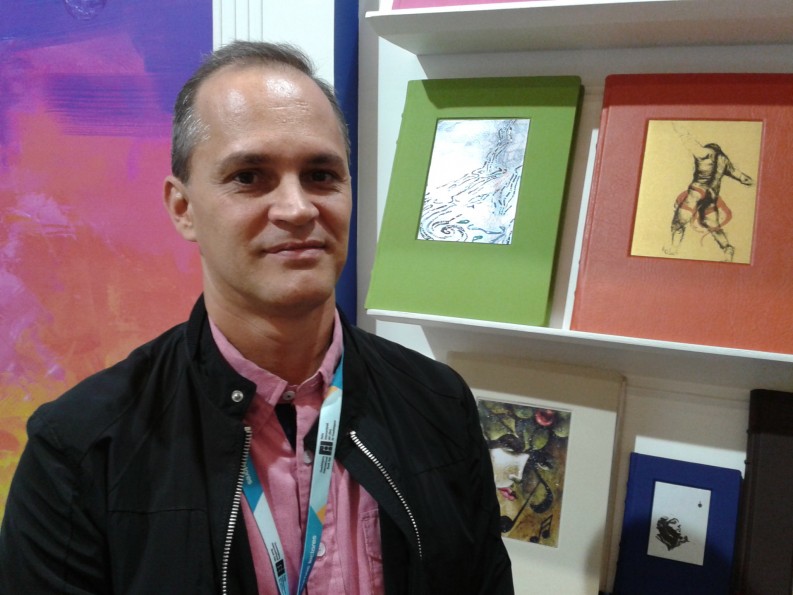 Billed as ‘the library of the Americas,’ El Libro Total is a website containing a searchable database of more than 45,000 free books in multiple languages complemented by links containing visual and musical accompaniments to each text.

The project will soon branch out into printed books that allow smartphone users to access the complementary material online via QR codes on selected pages, sending readers on a visual or aural journey beyond the confines of the book’s binding.

The altruistic El Libro Total Foundation was launched by Bucaramanga, Colombia-based IT firm SYC in 2002 and boasts around 200,000 page reads every day, that is pages read, and not hits to the site, co-founder and manager Alejandro Navas told Publishing Perspectives.

“SYC saw a library as the best way to have a positive impact on society, as it’s totally free.”

“We think the world lacks access to culture and we want to foment reading. The library contains 45,000 titles and is read in 170 countries. We mainly focus on providing access to books in Spanish, but we also have works in translation and bilingual, or multilingual editions,” Navas said.

Of the sites readers, 60% are in Spain, with other large readership countries being Argentina and Mexico.

The idea behind the site is to form a link between works, allowing readers to expand their reading by accessing material suggested by the site, from critical essays to history that provides context to the work in hand, as well as visual art and music that complements each book.

“The core content is universal classics, but we also have 5,000 contemporary authors who have wanted to make their books, available to the public, as well as works by visual artists and composers.”

Accessing the site, the reader is greeted by a cast of characters such as “the fisherman” and “the medusa,” who suggest titles to read, giving the site an interactive dynamic that makes it attractive to children, while also serving as a useful research tool for students, its ad-free interface augmenting its user-friendly environment.

“Our policy is total respect for the reader, where there is no publicity and everything is free. Writers do not have to concede their rights, but simply sign an agreement that allows us to host their content, which is available in a streaming format. It is not a library of e-books,” Navas explained.

Actors have also lent their voices to create audio books accessible on the site.

“It’s a project for collective knowledge and belongs to the people, to the public domain,” Nava said.

A series of book covers presents the genres available, and clicking on the desired subject or genre reveals the library’s catalog, much of which is available in multiple languages. Once a book is opened, the reader can highlight any word with the cursor to access definitions from 70 dictionaries, make notes or report an error to the Webmaster.

The only apparent disadvantages are that reading requires being online, as there is no download facility, the text of the books cannot be enlarged and, once turned, it is not possible to turn back a page, making it necessary to start from the first page and skim through, which can prove laborious. “We think printed books and e-books should co-exist, and the physical book was born out of the online library,” Navas said.

The foundation signs agreements with music copyright organizations, paying a monthly fee to use the music on the site, while it relies on authorizations from visual artists, photographers, musicians and institutions to use works related to the library’s books.

The site contains multiple genres, from children’s literature and classics to history, geography and science, as well as more than 100 dictionaries, dating from the Middle Ages to the present day.

“It enables work related to the texts to be seen by the reader and gives an artist exposure, and is the ideal platform for a writer, able to reach readers around the world and many more than it would be possible to reach through a conventional print run,” Navas said.

As long as the writer is willing to forfeit royalties, and the reader can stay online.