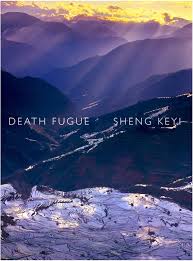 Time Out offers a top 10 list of new Chinese books that defy cliché, while Bruce Humes lists the “most influential” translations of 2014. At Time Out Shanghai, they looked at what they called their “top ten books that tackle new ground in China.”

Here are a few of the titles they selected, books they believe can change the way “outsiders” look at China:

“Sheng Keyi has gone from promising talent, to well-respected novelist, to banned writer in the space of just a few years. This final epithet comes after the release of her latest novel, Death Fugue. Where her early works told the story of China’s young female migrants, her new book is a thinly veiled metaphor for the events at Tiananmen Square in 1989. Set in fictional Beiping (a former name for Beijing), the book opens with a huge pile of faeces that has mysteriously appeared in Round Square. The government is quick to point fingers, blaming gorillas (yes, animals, not guerilla fighters). When people fail to swallow the proverbial crap, civil protests ensue. An important book by an important writer. Published by Giramondo.”

“Think of modern China and the images of newly gilded men and women striding confidently into the future almost immediately come to mind. But the reality, according to American journalist Leta Hong Fincher, is that while economic gender gaps are (gradually) closing in most parts of the world, they are actually widening in China.

Her book is a rigorously researched investigation into the position of urban women in the country and she suggests that women’s rights have regressed, relative to those of men, since Mao. It’s a compelling piece of research that puts pay to the rosy assumption that the lives of people in China are improving. Published by Zed Books.”

The Unbearable Dreamworld of Champa the Driver by Chan Koonchung (translated by Nicky Harman):

“Chan Koonchung’s first novel, The Fat Years, a dystopian sci-fi thriller about a society enslaved by consumerism and suffering from willful amnesia, was banned in China. In his latest novel, the author is once again testing boundaries.

The present-day tale follows the life of a young man from Lhasa. After taking a driving job for a Han businesswoman in Lhasa, Champa’s life begins to change. Cosmopolitan, car-loving and Mandarin-speaking, he embarks on an affair with his older, status- conscious employer. When he leaves for Beijing, the relationship unravels along with his boyish dreams, which crack under the weight of endemic racism. An illuminating window into society’s complex racial divides. Published by Transworld.”

And from bruce-humes.com, a breakdown of the “most influential” Chinese literary works in translation from Xian Daily, based on library purchases in 2014: