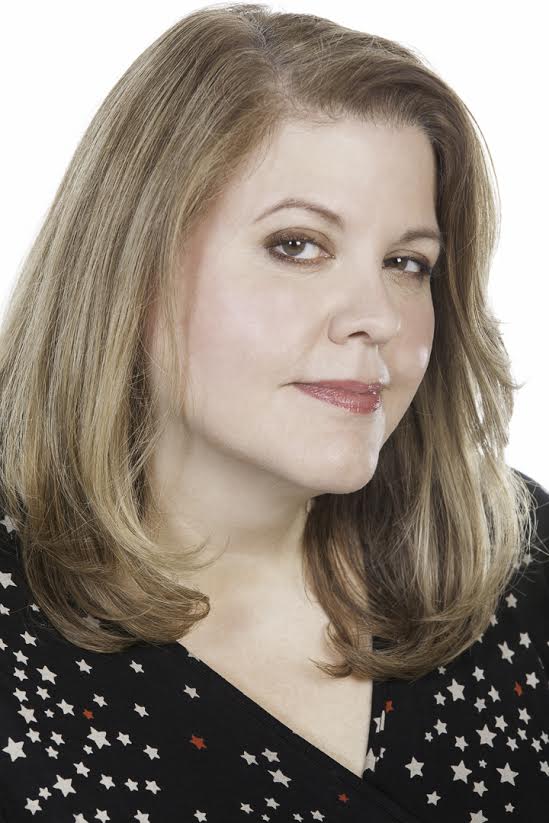 Author CJ Daugherty discusses the release Night School the Web Series based on her bestselling YA novels — the first of its kind in the UK.

It’s been done in the U.S., and now Britain is on the verge of getting its first ever web series based on a book, as bestselling author CJ Daugherty prepared to release Night School Web Series, based on her bestselling YA novels published by Little, Brown.

Set to release on Friday, December 12 and produced by Trailermade Films, Night School the Web Series tells the story of Allie Sheridan, a school girl at Cimmeria Academy, an exclusive British private school that hides a dark secret. At the heart of Cimmeria is Night School, a Bullingdon Club-style secret society whose members are both destined to run the country and mentored by the world’s most powerful people. When Night School members become involved with a series of student murders, the secret society implodes and Cimmeria Academy becomes the scene of a civil war between teachers, students and Night School members. With no-one to trust and friends getting murdered all around her, Allie finds herself caught up in a love triangle between two of Night School’s most powerful members; Sylvan and Carter.

Each webisode in Night School the Web Series is less than ten minutes long. One webisode will be released each week, beginning 12 December and continuing through January. The webisodes use the same cast as the cult hit Night School book trailers and aim to unite action with the complex emotional and political issues inherent in the books.

In a statement, director Jack Jewer said, “YouTube now accounts for more than 50% of everything we watch. It’s the future and the present. This is the way we will all be watching television soon. America is already way ahead of us in transforming books into web series and I’m really excited that we get to be the first people to launch a web series based on a book in the UK.

In an interview with Publishing Perspectives, Ms. Daugherty discussed the project:

The success of the Night School book trailers was the start of the whole thing. My YouTube channel really has nothing on it except four book trailers and it’s had more than 300,000 views. They’re really good book trailers.

My husband, Jack Jewers, is a filmmaker and makes the book trailers through his company, Trailermade. This year, he had the idea that we should make a few short films inspired by the books to go with the trailers on the YouTube channel. We talked about it for ages without doing anything but, with the last book in the series coming out next year, and YouTube views soaring, we decided to take the plunge. I already knew about the Lizzie Bennet Diaries and the Morganville series. We decided to take a similar series approach, and release an episode each week.

I knew I didn’t want to try to dramatise the books start to finish, because we can’t afford to do that properly – you’d need millions for that. I really liked the simplicity of the Lizzie Bennet Diaries – which is mostly well-written, well-acted pieces to camera. But I write romantic thrillers and that style wouldn’t work for my books. We couldn’t have a killer gazing at a web cam talking about how his dad wasn’t a hugger.

Instead, we are doing a mix of character profiles and action. We set all of it in the world of the books, without making it actual scenes from the books. So the films compliment the books, much like extra chapters and prequels. But each could be watched on its own out of context, and still make sense.

There are some pieces to camera but only a few. We’ve found clever ways to mix it up, make it feel more real. We’ve used beautiful settings – a ruined abbey, a pristine lake. We filmed a lot at a real boarding school near my home, called Frensham Heights. Cimmeria Academy – the fictional school in my books – is loosely based on Frensham. And the school was kind enough to let us have the run of the place. It’s GORGEOUS. I really wish I’d gone to school there.

I would love for this series to raise the profile of the books, and to introduce it to new readers. Most young adult readers spend more time watching YouTube than they do watching television. With this series, I am bringing my books to where they hang out.

When you write for young adults, your audience is constantly regenerating. Kids who were 11 when Night School 1 came out – and thus far too young for the series – are now 14. Just the right age to discover it. I want to make sure they find it.

I don’t think anyone has done this in the UK yet because of money. UK publishers pay significantly less than US publishers, and most UK authors simply can’t afford to justify the expense. Making high quality films is pricey – even for YouTube. I’m in a unique position in that Night School has been a bestseller in quite a few countries around the world, and I also happen to be married to a talented filmmaker.