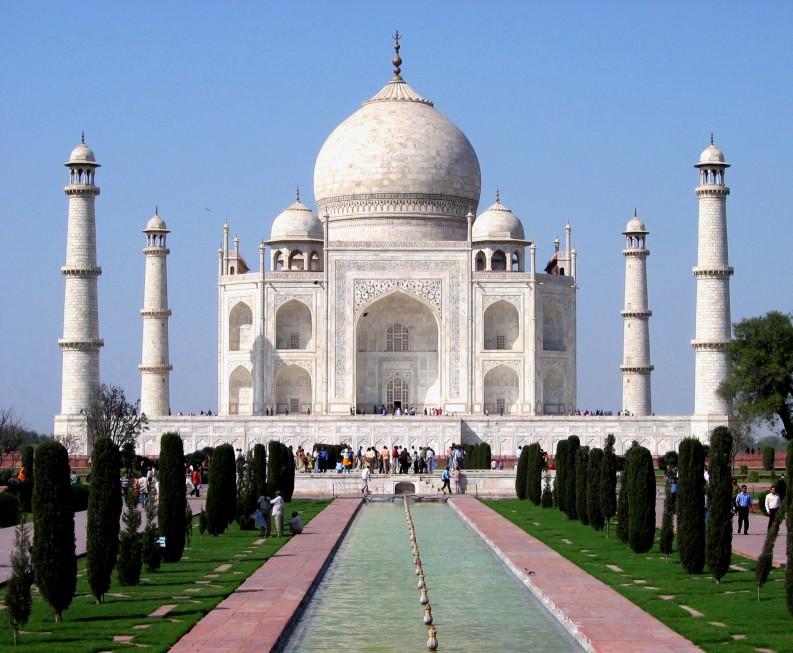 Agra, home to the Taj Mahal, is home to many “bibliophobics” say librarians.

With fewer library and bookstore visitors, the city of Agra, India has seen its once-energetic literary scene decline over the last decade.

Writing for the Times of India, Ishita Mishra describes a literary landscape in Agra that is “dying a slow death.”

It is a city that was once a “hotbed of Hindi literature, with luminaries like Babu Gulab Rai at the forefront of the movement.” But that has gradually faded away, and so, apparently, has the habit of reading books.

Mishra writes that, “Libraries and book stores that once saw their premises bustling with bibliophiles at one time wear a deserted look now. So bad is the state that some of these establishments have been forced to shut shop and move on to other ventures.

This leaves the city, one of the largest in the state with a population of around 40 million, with just a handful of libraries and bookstores. They, too, are struggling hard to maintain their existence in a town full of bibliophobics (non-readers).”

Take, for example, the library at Bheem Rao Ambedkar University (BRAU) the cities largest, and one that is open to the general public. Yet outside of students, the library has only 55 members.

And to drive the point further home, the last time that the library purchased books in bulk was more than ten years ago, in 2002-03, while conditions in the library itself have deteriorated. As one senior professor told the Times, “Besides the dilapidated building, you can find termites sticking to the book stacks. A central library where researchers find intellectual food truly does not deserve to be in this condition.”

Another professor added, “The reading hall was always packed. In fact, foreign students from countries like Thailand, Bhutan, Nigeria, Australia and the United States often visited the library in search of books. But today, there are hardly any takers,”

Just as bad, for whatever readers are left in Agra, is John’s Library, run by the city’s Municipal Corporation, which has not ordered any books in the last 13 years.

And as Mishra describes it, bookstores also “have their arms tied” when it comes to adding to their stock. Modern Bookstore, which was established a year before Indian independence, “highlights the current plight.”

The manager of Modern Bookstore, Bhushan Kumar, told the Times of India that, “We simply do not get customers now. The footfall in our store is less than a dozen on weekdays and a little more during the weekend. Most people simply shun books. And a few book lovers that are still there have resorted to e-books. Therefore, it’s not economically viable for us to go on purchasing new books on a regular basis. We can only order books if we have a substantial capital. But that is hardly the case.”

But given all that, what are Agra’s remaining readers to do? The article reports that for young people, the action is all online.

Mishra cites a 25-year old bank employee, Shristi, who favors graphic novels over “fairytales,” and since what bookstores carry is so dated, buys online. “I prefer reading graphic novels,” she said, ‘but there’s hardly a decent collection here in the city. I am left with little choice but to go online.”

Another factor is the increasing price of books, which is forcing readers to ‘turn to e-books or download PDF files of their favorite books which are cheap, accessible, and handy.” One such reader is Rishabah, who told the paper, “We can not only download books on these devices and read, but also exchange them with our friends. This is especially true in colleges, where most students exchange their book readers for a day or two to swap their reading list.”

Indeed, in India as elsewhere the future seems to belong to digital technology. Mishra concludes by observing that:

“The onset of online behemoth Amazon has dramatically altered the rules of the game, and the biggest collateral damage of such change is the demise of physical bookstores.” (Although, in Agra it seems, Amazon and eBooks are filling in a gap, not causing it) “But as Anthony Horowitz, an English novelist said about Amazon: ‘I loathe them. I fear them. But I use them all the time because they’re wonderful.’ That perhaps sums up the current mood in Agra.”