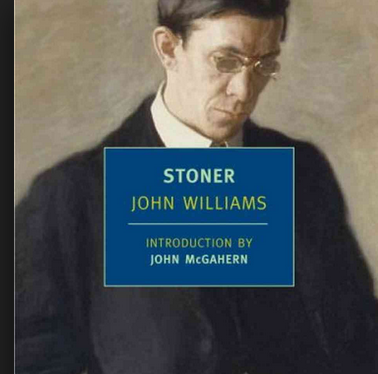 The Los Angeles Review of Books looks at the rediscovery of the novelist John Williams, whose “Stoner” has become a surprise global bestseller. One of the most heartening publishing success stories of recent years has been the “rediscovery” of American novelist John Williams, whose newly proclaimed classic Stoner became a surprise best seller both here and in Europe, and whose final (and some say greatest novel) Augustus (which I plan on reading the weekend), was recently reissued by New York Review Books.

At the Los Angeles Review of Books, William Giraldi, author of Busy Monsters as well as his latest, Hold the Dark, and Charles J. Shields, author of And So It Goes: Kurt Vonnegut, a Life, and Mockingbird, A Portrait of Harper Lee, who is currently at work on the first authorized biography of John Williams, sat down to discuss his life and work.

Here are some highlights from the article.

“John Williams’s resurrection from the boneyard of obscurity has been stunning to witness. I’m usually skeptical of any Lazarus act, of any literary movement undertaken with such unblinking gusto, but the Williams revival is outright gratifying: it feels something like justice in a world badly deprived of it — justice for this sapient, deep-seeing novelist almost incapable of composing a bum sentence. To enter into Butcher’s Crossing, Stoner, and Augustus — Augustus especially — is to enter into the architecture of an expert craftsman absolutely unafraid of the confrontation with the direness and deliverance of human living. As his biographer, you must be thrilled by this second act, by this afterlife Williams is experiencing.”

“The literary parallel that comes to my mind is what happened to Melville. He died in such deep obscurity that more than one New York newspaper began his obituary with a sentence like, ‘The current reading generation will not be familiar with the name Herman Melville, but there was a time when the writer’s work was on everyone’s lips.’ The Melville Revival didn’t occur until 45 years after his death. Williams didn’t die unknown of course in 1994, but he saw nothing during his lifetime like the attention that’s been given to his novels recently. And I bring up the Melville-Williams connection for another reason, too. You mention ‘the architecture of an expert craftsman.’ As an experiment, I broke one of Melville’s shorter chapters in Moby-Dick into free verse — it read and sounded gorgeous. Williams was that sort of craftsman, too. Roxie Munro told me this anecdote: At Yaddo, one evening during dinner she asked him, ‘So, what kind of day did you have, John?’ ‘Great!’ he said. ‘I wrote eight perfect sentences.’ What’s your opinion about why Williams is being carried into the pantheon dead instead of living?”

“Our need for beauty and wisdom is such that we will find it: sooner or later, one way or another, beauty and wisdom will have out. Williams’s fate was such that he couldn’t be granted the laurels he deserved while living, and that’s a familiar enough story among great artists. Would he have been less resentful in life, less prone to drain the bottle and smoke his lucks black, had he been awarded the fame that his tremendous talented warranted? Impossible to say, since fame is its own kind of noose. I like your correlation to Melville because in many ways America was unready for Melville’s cosmic vision; it took the cataclysm of the First World War to bring Melville’s far-reaching mythos back into our grasp. Although nothing on that scale has happened to precipitate this Williams revival, I do think that entire zip codes of readers are thirsting for the purity and depth of Williams’s prose, for his expert craftsmanship, his gorgeous storytelling. Discerning people everywhere are fed up with electronic inanity, with the sovereignty of cyberspace. They feel blitzed by it all and are seeking the sane and lasting pleasures in the breed of literature Williams created, in those perfect sentences you mentioned.”

“Incidentally, I asked a European — Oscar van Gelderen, who’s going to bring out my biography in the Netherlands (no publisher here expressed much interest) — why Williams is such a sensation in France, Germany, and other places. He said it’s because Europeans are interested in characters’ interior lives — in their existential choices. I wonder: Is this a gloss on how “electronic inanity,” as you call it, has influenced Americans’ taste in reading?”

Read the discussion in its entirety here.