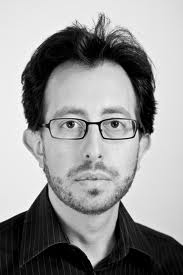 Robert Levine is the author of Free Ride

There has been some kind of book fair in Frankfurt since the 15th century — almost as long as books as we know them today have been printed. For much of the time since, we have been arguing in one way or another about who has the right to print them and profit accordingly. This year I made a modest contribution to this debate in a dialogue with Olav Stokkmo, CEO of the International Federation of Reproduction Rights Organisations (IFRRO), and I wanted to share some in print as well.

The first copyright law, in the modern sense of the word, was the British Statute of Anne, enacted in 1710, “for the Encouragement of Learning, by vesting the Copies of Printed Books in the Authors or purchasers of such Copies, during the Times therein mentioned.” Since then, copyright has grown longer, stronger, and — if one believes everything one reads online — become a threat to education, innovation, and even liberty itself.

Although the Anglo-American concept of copyright dates back to 1710, European governments were granting “printing privileges” as far back as the 15th century, when Venice and Rome allowed artists and printers to protect etchings, engravings, and other images. Since then, copyright has expanded — both in some ways that may be too strict but also in many others that offer valuable protection and important incentives to creators. As much as I laughed to see a German Duck Dynasty book advertised in Frankfurt (Happy, happy, happy: Die goldenen Regeln des Duck Commanders), mid-list authors like me also depend on translation rights to make a living. That’s why so many creators champion copyright. Victor Hugo helped push for the Berne Convention. Charles Dickens, who gave speeches asking the U.S. government to respect the copyrights of foreign authors like himself, was in some ways the Metallica of his day — a successful creator who stood up for himself and others and was vilified for it in the media. One thing that hasn’t changed about copyright is the sheer pretentiousness of the debate around it. On one side, authors argue for the integrity of their work and publishers for their right to profit from it in an orderly marketplace. On the other side, if one takes this debate at face value, is the public that needs affordable access to all of this work — only these arguments tend to be made by other businesses that use creative work for their own ends. Now, as then, such lofty arguments conceal cruder motives: Authors and their publishers want to get paid, as do the unauthorized distributors who hide behind the supposed desires of the public. Like all authors, I am hardly immune from self-interest in these matters: I need to make a living. But we also need to recognize that technology companies that want to offer consumers access to a wider range of works than current laws allow have more than their share of self-interest as well. That’s why they spend so much money lobbying for looser copyright laws.

It has been suggested that the concept of creators’ rights must change in the digital age. But while sensible adjustments to laws are desirable, and in some cases necessary, do we really want to let technology, let alone Internet companies, dictate our concept of individual rights? And, if so, what other rights will they try to relieve us of in the future?

Copyright has always, rightly, focused on unauthorized distributors rather than users.

It’s been said that copyright interferes with the flow of information on the open Internet, but surely the same is true of European data-protection laws. Laws should change; our concept of rights shouldn’t.

As the U.S. and the E.U. contemplate changes to copyright law, they should look at the concepts that have endured. For example, copyright has always recognized the divide between public and private behavior: You are free to sing music in your own home, but if you want to do it in a bar or restaurant you need a public performance license. The problem with copyright online isn’t so much that laws meant to apply to businesses now impact personal behavior, but rather that many Internet services blur the line between public and private actions — often deliberately, to gain a business advantage. Peer-to-peer file-sharing systems make money encouraging their users to offer music to anyone online. There’s been a great deal of debate about whether those users should face liability, which is difficult and complicated to enforce and presents many legal problems. But can’t we all agree that the services themselves should face liability if they’re purposefully set up to encourage illegal behavior, as the U.S. Supreme Court recognized that Grokster was?

This involves recognizing the difference, between what we might call consumptive and commercial infringement. To offer an analog example, most people would say that sneaking into a movie theatre deserves to be punished, but not severely. Most would also agree that a more serious penalty is appropriate for someone who takes a job at a theatre only to let patrons in the back door in exchange for tips he doesn’t share with the theater owner. Copyright has always, rightly, focused on this latter class of wrongdoer — unauthorized distributors rather than users. It can and should continue to do this in a way that’s fair to creators — both professional and not — and consumers alike.