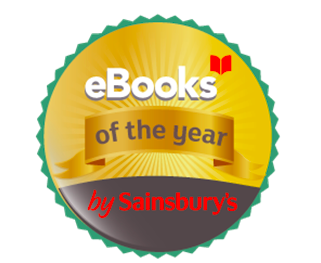 The UK retail chain Sainsbury’s has opened voting for its “ebooks of the year” prize, with several international names shortlisted. For the second year, eBooks by Sainsbury’s has announced its shortlist for the annual eBook of the Year awards, with several first time authors and some top international names.

The winner will be decided by public poll at eBooks of the Year. Voting closes on December 11 with the winners announced on the 15th.

“These awards are unique in that they celebrate Britain’s most popular eBooks, the books that bring reading to a huge audience wherever they are,” said Sharon Nightingale, Head of Commercial at eBooks by Sainsbury’s. “Our long list for 2014 is rich and varied, fully reflecting what a spectacular year it has been, particularly for debut authors. We are honoured to support the industry and authors alike by encouraging people to go out and discover the fantastic reads that have made this year so special.”

Highlights from the eBooks by Sainsbury’s eBook of the Year long list include: