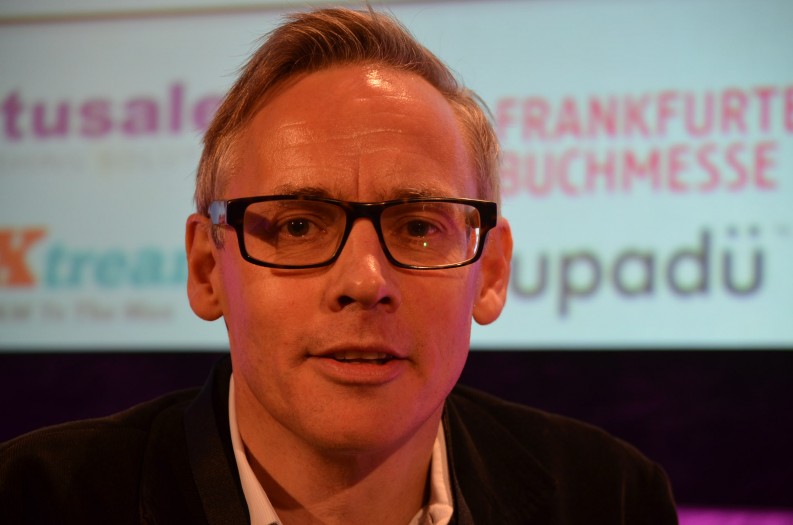 The Bookseller’s Futurebook conference found the UK publishing industry focused on issues of marketing, ebook subscriptions and direct sales, among others.

To paraphrase Shakespeare: “The publisher doth protest too much, methinks.” Or certainly too long at times. When Penguin Random House Chief Executive Tom Weldon got hold of the bit at the Bookseller’s Futurebook conference last week, he wouldn’t let go. Not that much of it wasn’t interesting to hear, it’s just that one had the feeling he was trying a little too hard to convince. Some of the detail was perhaps too detailed, like the piece on the shopping centre in Manchester that will be given over to The Snowman, a property that Penguin wholly owns, with another half dozen shopping centers to follow if this is deemed to have worked. Cue the Penguin children’s video to show us more about what PRH is up to in terms of exploiting IP as widely as possible, and did you know we’ve hired an IP lawyer from Disney and we have taken on someone from KPMG to look after data and we have 780,000 followers on twitter and we’ve just held Dead Good, the first literary festival on Facebook and we’ve had 45% of Sunday Times bestsellers this year and we won the Man Booker and the Sam Johnson…?

At that point the tweets were starting: “Is this a Penguin Random House sales conference?” It all felt a little like corporate guilt at times — as if the merger had to be defended and look we may be a giant behemoth (he didn’t say this, naturally) but we’re doing x, y and z, and let’s not forget a, b and c. One felt a degree of sympathy for the Bookseller’s editor Philip Jones, who had that familiar trade magazine dilemma: when/how do I interrupt book trade royalty, the chief subscriber, the advertiser?

Yet much of what Weldon said was interesting, especially when it revealed the digital white space opening up between PRH and HarperCollins on two key areas. Unlike HarperCollins, which is keen to experiment with subscriptions—doing deals with Scribd and Oyster—PRH remains reluctant. “I’m not convinced it’s what readers want, and I don’t understand the business model,” Weldon said. “Spotify and Pandora are not making money, although there might be areas where subscription could work, such as emerging economies.”

Earlier this year, HarperCollins CEO Charlie Redmayne said: “We must continue to support our traditional and digital retail partners, and see it as critical to maintain as many different channels as possible — selling direct is clearly one of those channels.” Yet on this latter point Weldon also disagrees. “We are not betting on becoming a retailer [historical note: Penguin has been a retailer before, with a chain of bookshops in the Seventies and Eighties, including a fondly remembered store in London’s Covent Garden]. It’s expensive and there’s a different skill-set required. I also think it would be arrogant of us. Google aren’t doing well selling ebooks. Barnes & Noble were nearly bankrupted by it, and Tesco and Sainsbury’s have pulled back.”

Several speakers disagreed with Weldon on the issue of whether publishers should also sell direct. Sam Aspinall, CEO of Touchpress, felt that “in the future there will be no separation between publisher and retailer. We’ll see a blurring of lines.” And Henry Volans, who has just taken up the new role of Director, Faber Press, said: “Being a retailer is not only possible, it’s essential.”

Asked about the lessons of the merger, he said that “collaboration” was key, which began at the top with the partnership with his deputy, Ian Hudson, and then fed through the business. “It’s about sharing best practice and scaling it. We have started something called ‘the publishing lab’ which meets every month and gives free advice to anyone in the business who may have a problem with a project.” To which some in the audience were privately sniffy about, suggesting that such things were commonplace. This was the sixth Futurebook — held once again at the Queen Elizabeth II Conference Centre in Westminster — and involved some 47 speakers in parallel streams throughout the day. It was well attended and is easily one of the most important events on the UK industry calendar.

As ever, there were the young (-ish) sweeping revolutionaries from the US, striding free of the podium and attacking the industry. They were led this year by ‘digital entrepreneur’ Geroge Berkowski who told delegates some things they already knew, such as: “Your competition are not the big five or the indies — it’s everyone competing for eyeballs. It’s an attention economy.” He also gave one specific criticism/suggestion. “Wattpad has 35 million users and has put up some 70 million stories. It’s the perfect meadow for aspiring writers — it’s the perfect breeding ground for the next Fifty Shades. Why aren’t publishers more involved?” (Unusually, Wattpad was not speaking at the conference, but must be delighted at this plug.)

One of the day’s very few spontaneous outbreaks of applause belonged to digital marketer Crystal Mahey-Morgan when she raised the issue of unpaid or low paid internships and “the barriers to entry this put up for groups of people.” Marissa Hussey, Digital Marketing Director at Orion added: “The industry needs to start understanding that pay scales need to be on a par with other industries.” These comments were made at a session looking at who publishers should hire in the future. Ben Willis, Senior Publicity and Digital Campaigns Manager at Headline, referred to the oft-quoted ‘cool’ factor, or lack of cool in the case of publishing. “Publishing still struggles to shake the reputation for being old-fashioned, not cool,” he said. “I think the meaningless of most publisher brands is a major problem.” However, it could be argued that YouTube is arguably helping change this view of publishing. Sanne Vliengenthart, Digital Coordinator at Hot Key Books, gave an appealing run-through of her other life as a YouTuber at BooksandQuills, a book review channel that has some 114,000 subscribers.

In a day, that saw much mention of new technologies and the developments that are coming down the line — like the computer generated Baby x that is being taught to read in the Laboratory for Animate Technologies in Auckland, New Zealand — it concluded with the championing of some comparatively speaking clunky technology: basic 2G mobile phones. In the ‘Big Ideas’ session, Colin McElwee, co-founder and MD of Worldreader, the San Francisco-based non-profit that seeks to bring digital books to children, families and communities in low income families, urged publishers to produce content “curated and designed for small screens so that you can reach millions and millions of people.” Finally, congratulations to Nosy Crow which won the Digital Children’s Fiction Book Award for Jack and the Beanstalk, while MD Kate Wilson was named the year’s Most Inspiring Digital Publishing Person, an award sponsored once again by the Frankfurt Book Fair.Stefan Nickel, Frankfurt’s Marketing and Communications Director, not only observed that the Nosy Crow was widely noted for its innovative digital products but also that its business, like Frankfurt’s, was global, with three-quarters of its app revenue and two-thirds of its print revenue coming from outside the UK. Wilson wrote on her blog: “This award means a lot to me, and, more importantly, it’s a tribute to the Nosy Crow team.”