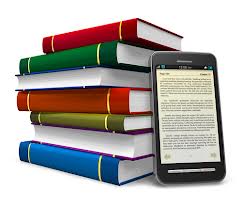 The Bookseller notes that HarperCollins Australia and Kobo have teamed with two indie Australian booksellers to sell print and digital titles together. The Bookseller reports that HarperCollins Australia and Kobo have teamed up with two independent Australian booksellers to sell print and digital titles together.

The project began on November 17, with Pages & Pages Booksellers, an independent bookshop in Mosman, New South Wales, along with online bookseller Boomerang Books, and is scheduled to run through the end of January.

The print titles that are included in the test project will come with a digital code that can then be used to download the digital title from the Kobo store.

Jon Page, co-owner and general manager of Pages & Pages Booksellers and managing director of Boomerang Books said this about the project in his blog:

“Bundling is a great idea when it comes to books. Unlike music and DVD, it is next to impossible to digitize a print book. Given some of the limitations that surround eBooks giving readers the opportunity to buy both formats together adds to readers’ convenience and gives them a handy backup for their digital library. The bundling of print books and eBooks opens a lot of doors currently closed by eBooks. People can easily gift a bundled book without fear of what device (if any) someone reads on. The rise of eBooks has eroded to some extent the art of sharing a book with friends and loved ones, bundling print books and eBooks overcomes this and reaffirms the physical book as the premier book format. An eBook reader can also have a physical copy to get signed by the author or to put on their shelf and a print book reader has a digital copy easily accessible from a computer, tablet, smartphone or ereader.”

James Kellow, CEO of HarperCollins Australia, was quoted by Shelf Awareness as saying: “We’re interested to try new things, and we believe there will be some useful learning from the process–especially if it has the potential to realise more value for our authors.”