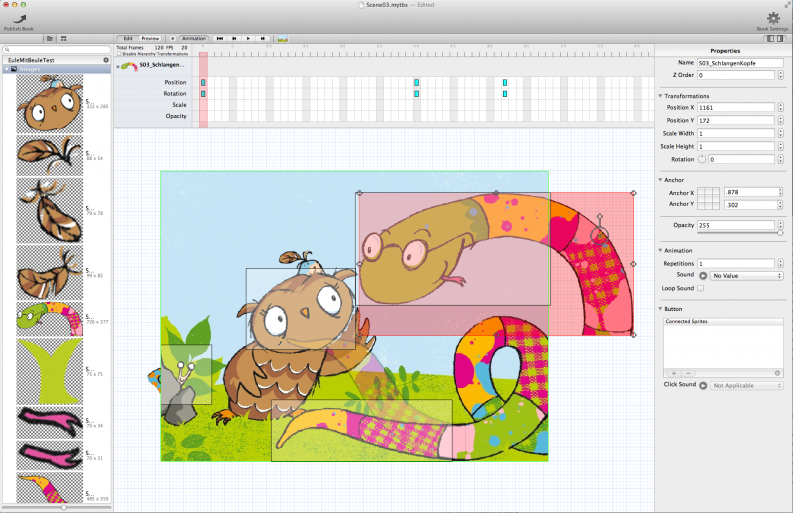 This article is sponsored by Germany’s TigerBooks Media, which offers its free and easy-to-use tool for creating multimedia children’s books to users around the world. Looking for a software solution that enables you to produce robust, interactive, digital children’s books? Look no further than Germany’s TigerBooks Media and its TigerCreate platform. TigerCreate is used by publishers throughout Germany, as well as Switzerland, the UK, Italy, Spain, Austria and Malta. And now it is being offered to the rest of the world.

The easy-to-use software can easily create books in iBooks format and is available to all publishing houses, authors, and illustrators to download for free. Exporting a final file costs 25 euros for a basic fixed layout, 100 euros for titles with voiceover capabilities and word highlighting, and 250 euros for full multimedia titles.

So why choose TigerCreate over competing tools and platforms?

“Perhaps the most unique feature of the platform is its ability to easily handle everything from illustrations, to sounds, text, and even animation in real-time, without the need for exporting previews,” says Ayleen Jenan Issa, project manager of TigerCreate. “And it is also multi-lingual—the software knows if the graphic file you create belongs to a German edition or an English one, for example—which makes it easy if you want to produce a book for different markets in different languages.”

While the platform can tie easily into TigerBooks Media—a popular digital distribution platform for children’s books, audiobooks, and movies—where you distribute the file from TigerCreate is up to you. “TigerCreate’s various formats allow its users to be present on all relevant platforms. That’s why users can benefit from cutting costs and reducing production efforts at the same time,” says Issa.

How you ultimately use TigerCreate is only limited by your imagination. “TigerCreate can let you create animations and interactive features to your heart’s content. For example, every animator will compose the keyframes differently, and every creator will work with the tools differently. Every user has an personal vision and other results,” says Issa. “We, too, are using TigerCreate to produce our own books and are constantly evolving and updating the software to meet the demands of ourselves and our users. What we’ve found, and hope others will too, is that it inspires you to be creative, to try new things, and experiment a little!”

You can find out more information at TigerCreate.com.