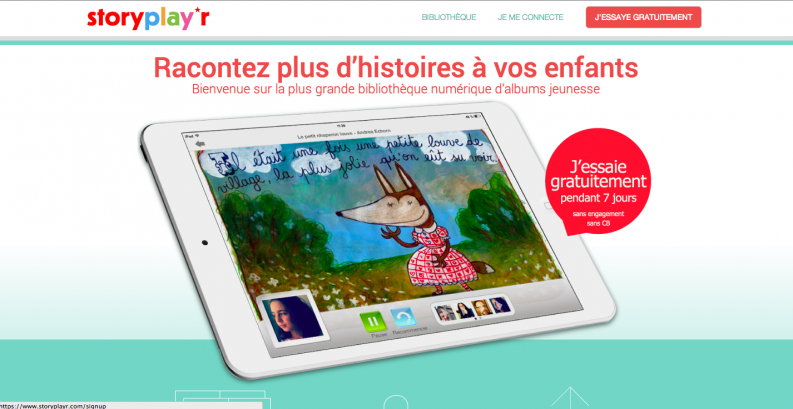 French digital entrepreneurs have launched Storyplayr, a children’s e-book library for 3- to 8-year-olds.

Edouard Morhange and Thomas Salomon met 15 years ago when they worked together making multimedia CD-ROMs about museums. They recently founded Storyplayr, a children’s e-book library for 3-8-year-olds. The site, similar to Spotify, operates by subscription and costs 49 euros per year with special tariffs for schools and libraries.

Morhange and Salomon work with 20 French publishers including Philippe Picquier and Lirabelle, and offer more than 300 books in their library.

The subscription model is adapted to children, allowing them to try a wide range of books; they also have the possibility of recording themselves reading the texts out loud. Recordings can be shared between family and friends: a far-away grandmother can record herself reading books aloud for her grandchildren.

“We think e-books will take root slowly but surely, above all with children born after the year 2000. We want to offer reading as an alternative to video games,” said Morhange.

For the moment Storyplayr only offers books in French but it will soon include books in English and Morhange and Salomon are planning a trip to San Francisco where they will remain for a month doing research and holding meetings.