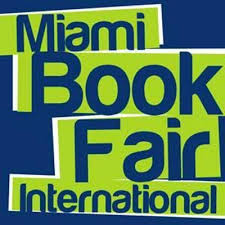 PBS will live-stream three days of events from this month’s Miami Book Fair. Will it become appointment viewing for the mass market?

The New York Times reports that PBS will stream live coverage of three days of the Miami Book Fair International this month.

C-Span, which has been a partner with the fair (which will run from November 16-23 featuring more than 500 authors) since 1984, has largely focused on nonfiction. But according to the Times, PBS plans something much broader, offering “Olympic-style” coverage of the event.

Author Kelly Corrigan and PBS NewsHour culture correspondent will host, “jumping from any one of the dozen-plus simultaneous live events to taped interviews and conversations in the studio.” Authors such as Richard Ford, Emma Straub, Judy Blume, and Mark Strand will be part of the coverage.

Rich Fahle, executive producer of PBS’ coverage, told the Times that the book industry has not “always been as aggressive about creating a media opportunity around their business.”

“We were looking for something a little bit different, with more energy,” he said, adding that the fair was “an amazing collection of people and stories in one place.”

Mitchell Kaplan, a co-founder of the fair, told the Times that organizers hoped to work with the American Booksellers Association “to make some of the coverage available for independent booksellers’ websites.”

In its announcement, PBS said that: “Detroit Public Television is proud to be bringing book lovers around the nation coverage of this esteemed event for the very first time,” said Rich Homberg, DPTV’s President and CEO. “We look forward to this partnership with Knight Foundation and PBS as we engage our viewers’ interest in the enriching world of books.”

“PBS and our member stations are pleased to be part of this effort to bring the experience of the Miami Book Fair International to the American public, and we thank the Knight Foundation, Miami Dade College and Detroit Public Television for helping to make it possible,” said Ira Rubenstein, Senior Vice President and General Manager, Digital, PBS. “Books and literature have a strong affinity with the PBS audience, and we hope book lovers across the country will take advantage of the opportunity to experience this unique event.”

The three-day coverage — from Friday, November 21 through Sunday, November 23 — will include a daily live stream presentation of selected interviews, panels, and on-the-street fair segments accessible via PBS.org, select PBS station websites and WORLDChannel.org. In addition, select segments will be archived and available for on-demand viewing across PBS.org, PBS station websites and all PBS video apps, including those for iPhone, iPad, Xbox, Roku and Apple TV, as well as YouTube.

The PBS partnership is one of several efforts Knight Foundation is supporting for this year’s Book Fair as a way to make Miami a year-round destination for writers and readers.

“The Miami Book Fair is one of the most important and largest in the country, it has always been a jewel of the community,” said Alberto Ibargüen, president of Knight Foundation. “Technology now makes it possible for the Fair to transcend its location and be open for others.”

While this is surely a boon for the book business, the questions remains: will people watch? Could a book fair become appointment viewing for the mass media market? Let’s wait and see, shall we.