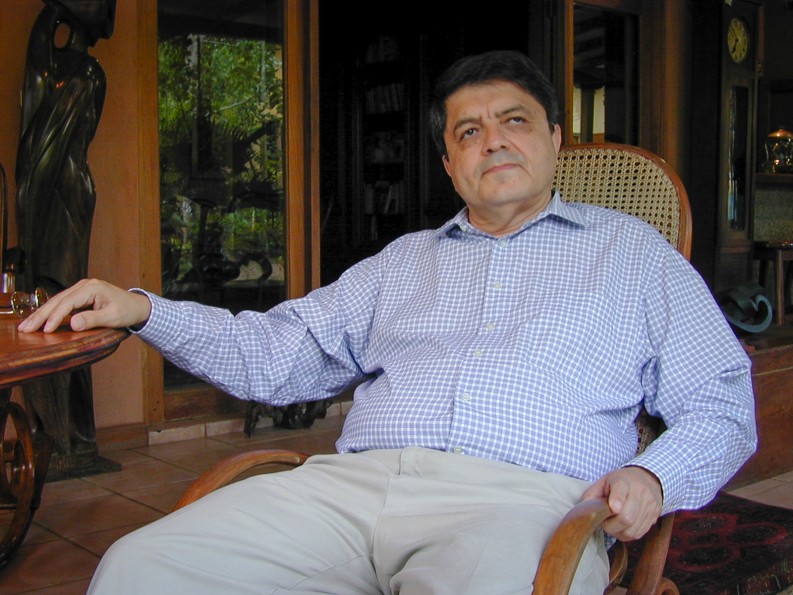 Nicaraguan writer and editor Sergio Ramírez (b. 1942) has won the $250,000 Carlos Fuentes Prize for Literary Creation in the Spanish Language.

The bi-annual prize is awarded by Mexico’s Arts and Culture Council (Conaculta) and National Autonomous University (UNAM) to authors writing in Spanish and was launched in 2012. Ramírez is the author of more than 50 books, including novels, short stories and essays, and which have been translated into more than a dozen languages.

As an editor, Ramírez founded the Nueva Nicaragua publishing house in 1981 and the online literary magazine Carátula in 2004.

The title of the book refers to the common Central American identity that has been divided by national boundaries.

“We are a broken mirror, marginal and powerless, divided by mean prejudices,” Ramírez wrote in the book’s introduction.

A German-language edition of the book, Zwischen Süd und Nord: Neue Erzähler aus Mittelamerika (Between North and South: New Narrators from Central America), was presented at this year’s Frankfurt Book Fair, in the presence of Ramírez and some of the contributing writers. (You can read more about the book here.)

Following the 1979 Sandinista revolution that toppled the Somoza dictatorship, Ramírez served as vice president of Nicaragua in then president Daniel Ortega’s government from 1985-1990.