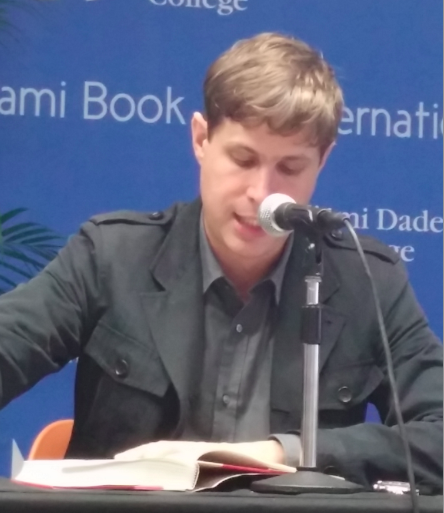 Crowds at the Miami Book Fair

The Miami Book Fair featured numerous international voices — from Haiti to Germany — as well as all of the 2014 National Book Award winners and finalists.

The Miami International Book Fair is one of the top literary festivals in the United States each year. This year’s event, the 31st, took place from November 16-23 at Dade College in downtown Miami and featured more than 600 authors reading and discussing their work. The variety of authors was immense, and included numerous international voices, such as Haiti’s Frankétienne, Brazil’s Betty Milan, and Germany’s Daniel Kehlmann — who explained how a con man in Mexico inspired him to write his novel F. Several independent publishers focusing on translations, including Archipelago Books, New Directions, and Graywolf, participated in the Fair’s street fair for the first time.

“We are a crossroads city, and it is very important that people in Miami are exposed to writers, literature from everywhere,” said Mitchell Kaplan, co-founder of the event and owner of Miami’s best-known independent bookstore chain Books & Books. “It acts on two different levels, one is audience development, exposing the audience to new writers, the other one is exposing them to writers they can identify with.”

Home-grown local Florida voices find a home in the “Swamp,” a pop-up lounge featuring author readings, live music and films; and there has also been a move to extend the community of the fair to a national audience by adding live video coverage on PBS. Perhaps of even more importance has been a new partnership with the National Book Foundation, which helped bring all 20 nominated authors, and winners, of the National Book Awards in fiction, nonfiction, poetry and young people’s literature to the Fair for special readings. “We are not just inviting the winners but also the nominees. There is something lovely and democratic about it,” said Kaplan.

“The beautiful thing of a book fair is that the bones of it will always be the same,” said Kaplan. “All you need do is hang new programing on the bones, and the programing changes each year because the books are different each year. Book festivals can be different every year even though you have the same skull. With several new initiatives, the Miami Book Fair has proven to be a place for literary citizens to come together in new venues and interact with local writers, national award winners and international voices.”