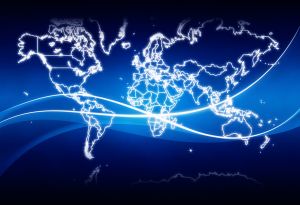 Europe and the US remain key markets for rights sales, but Turkey, the Arab World and China are increasingly active, as are self-publishers. With margins being squeezed by distributors, printers, and retailers it’s clear that maximizing rights across as many territories as possible remains the key to being profitable. Publishers of all sizes should continually be searching for new and innovative ways to generate additional rights and licensing sales, both domestically and internationally.

In the international market, technological advances have led to far more doors being opened than closed for publishers. Gone are the days when entering a new territory would mean having to set up and staff an office there. And it’s forward thinking publishers, large and small, who are really embracing the breaking down of international boundaries across both established and emerging territories.

From our recent experience here at IPR License, we have seen established European markets such as the US, Germany and Italy remain key rights territories, even if there’s a little less generosity in terms of advances. But, encouragingly, we are also experiencing concerted attention from a variety of markets which have previously not been quite so active.
For example, Turkish publishers are increasingly interested in English-language fiction titles we have on our platform. Deals have also recently been completed on digital-only business books by Arabic publishers, which is interesting as this has long been a region dominated by traditional print rights deals.

It’s not just international publishers who are benefiting from changes in rights and licensing. More entrepreneurial authors are recognizing the potential of the rights and licensing marketplace, both in print and digital form. Again this has been accelerated by technology, which allows easier access to a raft of educational material and potential, new routes to market.

Growing numbers of self-published and indie authors are also developing a greater understanding of the possibilities attached to translating their works. Some find translators and arrange the whole process themselves, but many more avoid the escalating costs and time implications associated with translation by licensing their work to foreign publishers. This route to translation is arguably the next big thing in the publishing world as, despite advances already made, selling rights is still not the simplest option for authors. This is something we will continue to work hard upon to help our members overcome.

As ever, it’s making the right connections in the right places at the rights time that will remain key to ensuring that licensing deals are generated and bolstered in existing and emerging territories. As the technological evolution gathers speed on a daily basis, publishers will continue to demand faster, simpler routes to different markets to ensure revenue is maximized across front- and backlists on a global scale.