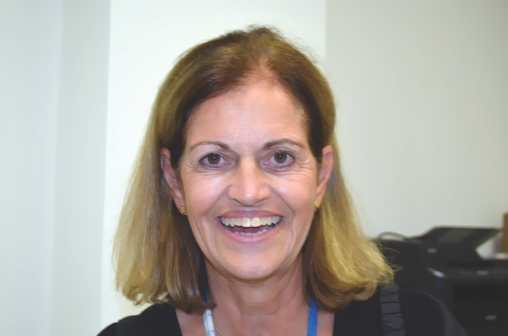 Greece’s oldest bookselling company Eleftheroudakis, which was founded in 1898, is emerging from the country’s economic crisis leaner and fitter, ready for another century of bookselling. In our Frankfurt show daily from October 9, 2014, Publishing Perspectives reported that the company had stopped trading. This is not true, and we apologize unreservedly for the error.

“Yes, we have been through difficult times,” said CEO Sofika Eleftheroudakis, “but with the support of our loyal customers and the international publishing community, we are feeling positive about the future. The company has, in collaboration with all Greek banking institutions and against all odds, successfully finalized a financial and economic restructuring plan. The objectives of this fully-funded and profitable new expansion initiative is expected to be launched in early 2015.” The company, which has four stores in Athens, was founded by Sofika’s grandfather, Constantine; today, his granddaughter feels a kinship with other family booksellers around the world.

“We are great friends of Foyles and we did something similar to them with their workshop on ‘the bookshop of the future’,” she said. “I think family booksellers around the world should meet and support each other. I think we all care about our businesses in the same way.

“I feel very strongly that we are part of the wider international book family and I thank all our suppliers who have helped us continue trading. English books remain a substantial part of our business. Now we can look to the future and we have enjoyed some very positive meetings here at the [Frankfurt Book] fair.”