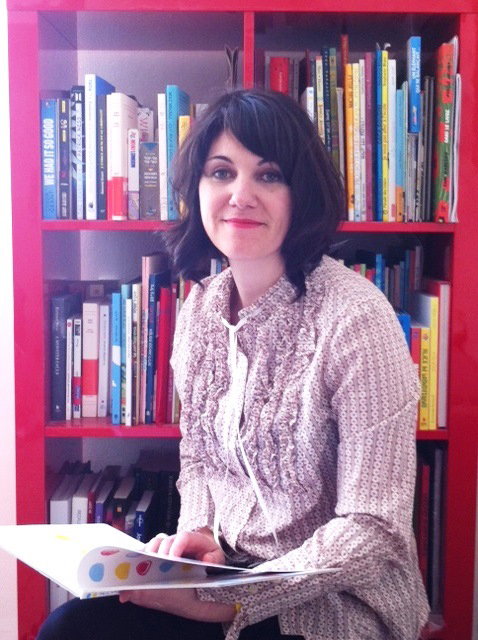 Fifteen years ago when I started working in publishing for Walker Books in London, the publishing world was primarily focused on the UK and the US picture book markets. Whilst it is still largely the case today, the industry is slowly changing and accepting more non-English publishers who promote their local authors and illustrators and sell rights successfully.

Being born and raised in France, I have followed closely the rise of French children’s books internationally with artists such as Hervé Tullet at the forefront. I only have one word—Chapeau! We also saw recently the success of Mapy by Aleksandra and Daniel Mizielińscy from Poland and other high-quality picture books are emerging from all parts of the world.

Rather than isolated sales due to a sudden interest in French or Polish books, the success of these books illustrates a growing awareness of the wealth of foreign picture books available. Walking down the aisles in Bologna and Frankfurt, you’ll see new publishers exhibiting and presenting their own lists every year. I recently attended the Beijing Book Fair, and the international presence was noticeable with an Italian, a German, a French and a Nordic collective stand, among others. Turkey also had a strong presence as the guest of honor country.

It is also important to acknowledge the significant role of translation grants, book publishers’ associations, the BOP (Bologna Prize for the Best Children’s Publishers of the year) with a focus on geographical areas, and the Frankfurt Fellowship Program, which has brought together 16 children’s book professionals from around the world this year. All these initiatives and organizations—and there are more—facilitate dialogue and exchange leading to the globalization of selling rights.

With the expansion and globalization of selling rights, a growing demand for foreign rights expertise is starting to surface and, as a result, a new breed of foreign rights professionals is emerging. These foreign rights professionals have, for the most part, worked for publishing houses for many years and have gathered a deep and well-rounded understanding of international markets and sales. At some point in their career, they decided to become independent and specialize more in their field. They are looking to represent publishers from growing markets that want to sell rights and are eager to expand.

Of course, the stakes are high as being a forward-thinker and promoting difference is not an easy path, but at the same time, it is exciting and extremely rewarding to see, for example, a Hebrew picture book translated into Afrikaans or Japanese!

The role of these foreign rights professionals differs from foreign rights managers, who tend to have legal, financial, production and marketing support. In most cases, they act as agents, consultants (advising on new titles and new trends), marketers (advertising through newsletters and other platforms), spokespeople (attending fairs and participating in seminars), team members, and more. In other words their role is extensive, multi-layered and tailored to publishers’ needs. They are working with untapped markets and often with authors and illustrators who have never been published abroad.

An Opportunity for International Publishers

For the publishers who want to maximize their chances of entering the rights scene successfully, working with an independent and experienced foreign rights professional is an attractive business model. It involves low risk and investment against a high level of service, including guaranteed exposure and long-term results. When I started to represent Kinneret Publishing in 2011, little was known internationally about Hebrew children’s books. Three years later, some of their most celebrated artists such as Paul Kor can be found on bookshelves around the world . . . and this is just the beginning.

The children’s book publishing industry is constantly evolving and gradually opening up to non-English markets. At the same time an increasing number of international publishers are looking to rights sales as an opportunity to expand. The new breed of foreign rights professionals can lead and work with these new publishers to achieve their goals.

Stephanie Barrouillet founded her own foreign rights agency in May 2014 with the goal of helping independent children’s books publishers from around the world to promote their lists. She lives in Tel Aviv and represents Editorial Kókinos, Editions les P’tits Bérets, and Kinneret Publishing. Her focus is on high-quality illustrated children’s books.