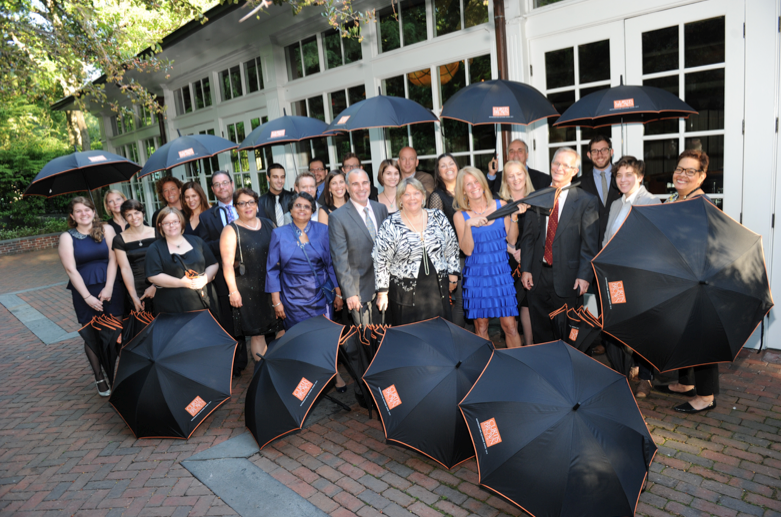 As Curtis Brown Ltd. celebrates its 100th anniversary, the firm’s CEO reflects on the changing role of the agent today. Curtis Brown Ltd. is the second oldest literary agency in the US—having hit its 100th anniversary this year—and continues to evolve. Albert Curtis Brown founded the agency in 1914, and over the past century, the agency has handled more than 50,000 contracts for a wide variety of bestsellers, including numerous legends—such as Ayn Rand.

Not to be confused with Curtis Brown UK in London, the New York firm today employs some 28 people, of which 14 are agents; some have even been with the company for generations—Maureen Walters is celebrating 50 years at Curtis Brown and the late Emily Jacobson had spent 64 years at the company.

Timothy Knowlton runs the firm today and observes that while the service of working with authors and handling rights remains, at its core, much same as it was a century ago, digital technology has changed the core of the publishing world.

“The advent of Bookscan is just one example,” he says. “Now, any editor can pop onto Bookscan and see how many books an author has sold that they are considering. That doesn’t always work out the way we like it to for our clients.” His feeling is that the publishing world used to be much more nurturing to new authors. “It wasn’t unusual that the publisher would take on a book and an author, supporting them until they established an audience. Today, that is not always the case.”

He points to a writer like Tony Hillerman, who had published more than half a dozen books before he had a bestseller. “In this environment he might not have gotten past the first book,” says Knowlton. Cupcakes at the 100th anniversary party of Curtis Brown

As such, the agents are taking on this role of building author careers themselves, doing everything from helping with publicity and marketing, to taking on responsibility for the final manuscript. “If you go back 20 or 30 years, the most we might do would be helping the proposal be better, not the sort of line editing we would do today.”

“This is not better or worse for authors and agents, but it is more difficult and demanding,” he says. “It is turning into more work for the same pay. But that said, I am optimistic that we can help our authors out this way and improve their futures.”

And, he points out, “Even as we have gotten ourselves into a position where the Big Five are less willing to build an author, looking for an immediate success, there are many smaller publishers willing to do that.”

As for what Curtis Brown can offer authors, it begins and ends, says Knowlton, with a question of “love.” Love of the reading, of the work, and of the relationships.

“We have never insisted that an agent here must— or must not— take on anything in particular. We still have a love of writing and reading. We’re a very small corporation. We don’t have the same bottom-line profit motive that some of our competitors do.”

As for Frankfurt, the firm here is represented by Jonathan Lyons and Ginger Clark. Lyons notes that there is nothing like Frankfurt in publishing. “It’s exhausting, but you’re never exhausted because there is so much passion.”

Lyons notes, “I absolutely feel that Frankfurt and book fairs are essential, especially when you have a list like ours, from huge bestselling books to debut authors. Things can be done online, but pitches have to be conveyed in person where you can express the passion.”

And that, along with love, is what the role of the agent comes down to: passion for good writing, for caring for authors, and at the end of the day, taking care of business—much same in 2014 as it was in 1914.