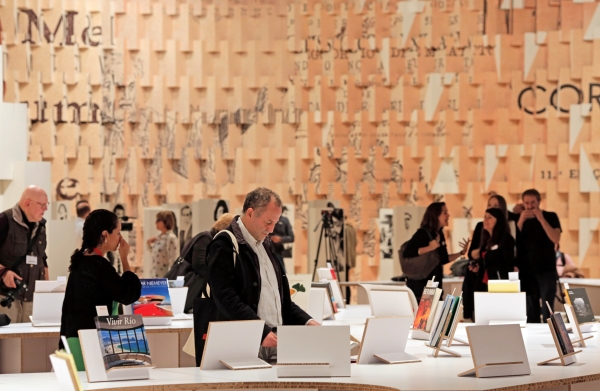 At the opening of the 2013 Frankfurt Book Fair, Brazilian writer Luiz Ruffato delivered a powerful and controversial speech as part of the Brazil’s turn as the Guest of Honor at the Fair. Since then, a lot has happened. Brazil has sustained an upward trend in rights sales to the international market.

Much of this success is due to the creation in 2008 of an initiative known as Brazilian Publishers—a partnership between the Brazilian Book Chamber (CBL) and the Brazilian Agency for the Promotion of Exports and Investments (Apex-Brasil). According to CBL, which took into consideration the direct results of business meetings conducted by Brazilian Publishers’ members during the 2013 Frankfurt Book Fair, sales of content licenses and printed content grew 82%, from US$410,000 in 2012 to US$750,000 in 2013. This editorial content was sold to approximately 30 countries, with most sales going to Mexico, Portugal, Angola, USA, France, Colombia, Germany, Chile, Peru, and Argentina. Brazilian Publishers affirms that the business generated in Frankfurt totaled approximately 30% of its annual sales. It estimates the 2013 volume of exports at US$2.95 million, 11% more than in 2012.

“Frankfurt was a great showcase that boosted several different projects for Brazilian Publishers,” said Mansur Bassit, Executive Director of CBL, referring to Brazil’s participation in Guadalajara, to a tribute the country received in Bologna, and to a series of permanent initiatives aimed at maintaining the international market’s focus on Brazil. During the World Cup, Brazilian Publishers brought publishing representatives from France, Sweden, and Colombia to Brazil. After the São Paulo International Book Biennial held in August, publishing representatives from Germany, South Korea, Colombian, USA, France, Mexico, and Portugal visited the country. “These initiatives broaden perspectives and show the Brazilian market to foreigners,” said Mansur. For 2014, Brazilian Publishers arrives in Frankfurt with a delegation of 41 publishers; last year, when the country was Frankfurt’s Guest of Honor, the Brazilian delegation surpassed 160 representatives. Another measure of the interest in Brazilian literary production is the Program for the Support of Translation and Publication of Brazilian Authors Overseas, offered by the Brazilian National Library Foundation (FBN). Reformulated in 2010, the program has become a reference for publishers, agents, and translators all over the world, and offers up to US$8,000 for translations of Brazilian titles. From 2010 to 2014, 549 translation grants were awarded, 95 of them after Brazil was Guest of Honor at Frankfurt. Between 2012 and 2013, more than 100 titles were published in German. “The numbers achieved during the year Brazil was honored in Germany most likely will not be repeated, but we have seen a continuing interest in the grant program,” observed Fábio Lima, coordinator of the program at the FBN.

According to Brazilian literary agent Lucia Riff, Brazilian literature’s current fortune on the international market is due to what she calls the “the good harvest of Brazilian fiction writers,” combined with two other factors. “In the past, it was expensive to send books abroad. Today, as I am talking with an international publisher, I am already sending the PDF via email. In addition, there is a greater interest on the part of international markets in translated works. The British and the Americans, for example, have asked for more translations.” Nevertheless, “It is very common for large international publishers to opt to buy just one title of a Brazilian writer. Then the competition is enormous!”

The greatest challenge for Brazil at this year’s Frankfurt Book Fair is to show that the country can go beyond its performance as Guest of Honor. The concept of “Brazil Beyond,” which marks the country’s participation in Frankfurt this year, aims to surprise the world. “We would like visitors to be attracted to the stand’s visual and innovative sophistication, with its themes of sustainability and entrepreneurship, which features the book as protagonist,” said Mansur. “The Brazilian Publishers project in Frankfurt demonstrates the effort and involvement of the participating publishing houses, which have understood the importance of building a solid plan toward the internationalization of Brazilian literature,” added the CBL director.