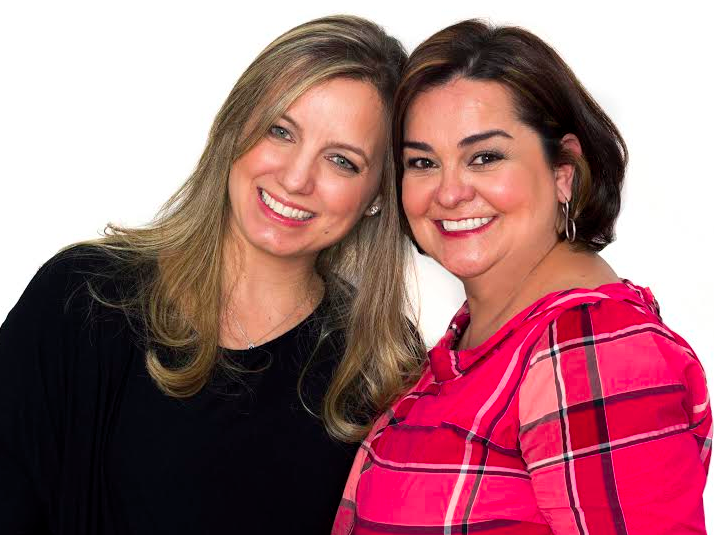 Brazil’s Bookcase Literary Agency has made a name for itself after just one year in business by connecting talented, independent authors with international publishers. Flavia Viotti and Meire Dias, co-founders of the Bookcase Literary Agency in Brazil

“Nobody told them it was impossible. So they went there and did it.” Perhaps this is the best way to describe the path taken by Bookcase Literary Agency. Founded in July 2013, the Brazilian company focuses on self-published romance authors. Partners Meire Dias and Flavia Viotti arrived in Germany last October as Frankfurt Book Fair rookies with less than ten appointments. But eager to conquer the largest book event in the world, they sat at their tiny desk at the Literary Agents Center and observed: “It was a fantastic experience, and we were most impressed by the Fair’s size and speed. Since Brazil was the Guest of Honor, we also had the opportunity to meet several Brazilian publishers,” explains Meire Dias, the São Paulo-based partner. “We also took the opportunity to meet our neighbors at the Rights Center. Kelly Farber, for instance, was very helpful and gave us lots of tips.” Another key encounter was Monica Antunes, Paulo Coelho’s agent at Sant Jordi Associates, who gave them encouragement. “This is a very innovative approach, and I am sure that in a few years you will be on the news here in Frankfurt as a success story.”

Well that time has come. So, what is so innovative about Bookcase Literary Agency? Basically, their approach is to bring self-published authors into mainstream publishing with a global perspective. “We realized that self-published authors are concentrated in the English language, particularly in the US, and that they had no international visibility,” says Brasilia-based partner, Flavia Viotti. She was the one who had the “eureka” moment and decided to open the agency after watching the success of Fifty Shades of Grey from its beginnings on fanfiction.net. Having several American, self-published writers as friends, Flavia served as a regular beta reader and participated in the reading community that followed E.L. James before her tremendous success. “The publication of Fifty Shades by Random House and its success was a milestone in the market, and we realized there were other independent romance authors with potential. This is how the agency was born,” explains Meire.

The first titles sold by the agency were S.L. Scott’s trilogy, Welcome to Paradise, and standalone book, Naturally, Charlie, which were acquired by Editora Rocco, a top-ten trade publisher in Brazil. In 2014, the agency expanded beyond Brazil by selling Geoducks Are For Lovers by American author Daisy Prescott to Yabanci, a Turkish publishing house. The agents also secured a deal with Germany’s Egmont for Loving Mr. Daniels by another American writer, Brittainy Cherry. The agency also sold rights to Cherry’s book to Brazil’s largest trade publisher, Editora Record.

Then the big hits started to land … A few months ago, the agents landed a high, five-figure advance for Laurelin Paige’s trilogy, Fixed On You with Rocco. In September, Bookcase sold their first title for a six-figure advance: A Pound of Flesh by British fan fiction author Sophie Jackson, which was acquired by Sextante, a Brazilian house with a reputation for creating bestsellers. Simon & Schuster will publish the book in the US. “When Lorella Belli, the primary agent presented this title to us, we had already read it online, so there was a lot of chemistry from the start,” says Meire.

In order to find potential independent writers before the competition, Flavia and Meire rely mainly on blogs and events. “Blogs usually identify a bestseller before the lists do. We watch three particular blogs that work like scouts for us”, reveals Flavia. She also has been a constant presence in events such as Book Bash and the RT Booklovers Convention, which focus on independent writers. “Such events are important to check the writers’ popular appeal, since they are open to the public,” explains Flavia.

There is one key trend that the Bookcase agents have identified since last year. “English-language publishers no longer want to republish the first successful title or series of a self-published author anymore; they actually want to publish the next book or trilogy,” explains Meire. “Laurelin Paige has already sold over 600,000 copies of the Fixed On You trilogy, so why would a mainstream publishing house re-launch it?” asks Flavia. But the global market is wide open. “This is why we as agents are so important for the independent authors, after all they will never be able to close international deals alone,” says Meire.

A year ago, Flavia and Meire arrived in Frankfurt with a handful of appointments and no sales record; today, the story is quite different. As now, they have sold 28 titles in 10 months and have a very busy schedule for the Book Fair; they now know several industry colleagues and have partnered with some of them, such as Rebecca Friedman, for whom they are now co-agents. And it seems that Coelho’s agent, Monica Antunes, was absolutely right: the Bookcase Literary Agency hit the news in Frankfurt as a success story.

Flavia and Meire spoke on the panel “Translation and Foreign Rights for Self-Published Authors” at the Frankfurt Book Fair’s new International Self-Publishing and Author Program.