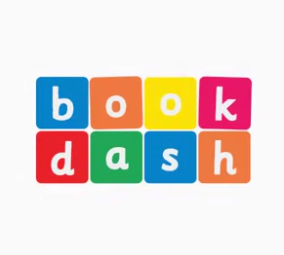 A new start-up in South Africa, Book Dash, focuses on creating and giving away free, high-quality books to needy children. This year, South Africa has been democratic for twenty years. It’s a good time to reflect on how far the local book industry has come. Book production values have soared. We have more black authors, more major women writers, and they’re selling well internationally in more popular genres. It’s a very good time to be a wealthy book lover in South Africa.

It’s not a good time to be anyone else. The number of bookstores outside suburban malls has hardly changed. Working from the Publisher’s Association’s most recent industry survey, the number of trade book buyers is probably less than two million, or 4% of the population, if they are spending about R700 ($70) per person, per year at retail value. That’s roughly four paperbacks each. New books are almost all in English and Afrikaans, the home languages of wealthy, white South Africans. Of R312 million ($30 million) in local trade publishing revenue, only R1.7 million, or 0.005%, comes from books in the country’s nine official African languages. In adult fiction, the proportion is startlingly worse at 0.0002%. (In 2008, this figure was 0.006%.) Essentially, zero with isolated experiments. The conventional view is that, outside a narrow cohort, most South Africans don’t like reading. In casual conversation, this view sometimes correlates dangerously with racial stereotypes. For instance, two senior book industry figures have told me that black South African children wouldn’t read Harry Potter in Zulu because it’s “culturally irrelevant.” If this mindset is common among editors, it’s a key reason we’ve made so little progress.

Outside traditional publishing companies, there are bold attempts to sell books to new readers. Projects like FunDza, Bookly and EverEgg focus on mobile phones as a way to grow reading, though none have found a business model that would satisfy traditional publishers. Others, like Paperight and Megabooks, focus on print-on-demand, though both struggle without committed buy-in from local publishers who control the most valuable educational content.

Market-based solutions seem unable to get off the ground. Where markets should grow from little pockets of early adopters, there may not be enough pockets to grow from. For most South Africans, books are a luxury they could never afford. New data from the University of Cape Town’s Unilever Institute shows that over 34 million South Africans (70%) survive on an average household income of R3,000 ($300) per month. They regularly skip meals and turn off electrical appliances long before payday. In those homes, even the cheapest books would never be prioritized over food and clothing.

For those who’ve made it out of poverty, books remain invisible. When books have never been a part of your life, you are unlikely to seek out and invest in them. We’ve found this at Paperight: even when we solve for price and availability, books remain largely invisible without intense and expensive local marketing.

If as a publishing industry in 1994 we’d taken a twenty-year view, we might have seen that our biggest challenge lay in making books visible to South Africans. We’d have given away millions of free books to children – just as the UK does on National Book Day every year – and seen many of those children blossom into keen book buyers today. Seen this way, the market-based challenge lies not in finding right business model, but in taking a long-term view. Less like Jack’s beanstalk, more like bonsai.

A new non-profit called Book Dash, which I helped found this year, takes exactly that view. Book Dash focuses on creating and giving away free, high-quality books to needy children. The books are created by volunteers, all creative professionals, who participate in twelve-hour book-making marathons. Some are from book publishing, but most are from other industries: animators, artists, copy writers, journalists and designers.

Everything is open-licensed (Creative Commons Attribution), so that anyone can translate, print and distribute the books freely. (Book Dash is working on basic HTML versions for mobile-phone initiatives.) Already, other organisations have come to the party: the African Storybook Project has funded a Book Dash day, and they and the Nal’ibali reading campaign have translated Book Dash stories into several African languages. And Book Dash stories are appearing in Nal’ibali’s fold-your-own-book newspaper inserts, where commercial publishers’ stories were used before under proprietary licenses.

The aim is to slash the cost of high-quality children’s books for literacy organizations to the cost of printing alone. When printing as few as 5000 copies, unit costs dip under a dollar for bookshop-quality editions. This week, Book Dash launched a crowd-funding campaign to print 15000 of these books for children, in various languages.

Some industry leaders reckon traditional publishers are the ones who should be funding the initiative. Not only would it improve their black-economic-empowerment scorecards, but giving away free children’s books – à la National Book Day – may be the best possible long-term investment in their businesses.

It remains to be seen whether traditional publishers can afford to take a twenty-year view on anything. Most rely on government spending on textbooks, which is currently under severe threat. At the same time, most of their senior staff were around twenty years ago, and know how quickly time passes. Either way, it’s clear that, for most South Africans, local publishing hasn’t changed much since democracy, and that non-publishers may do a better job of fixing that.