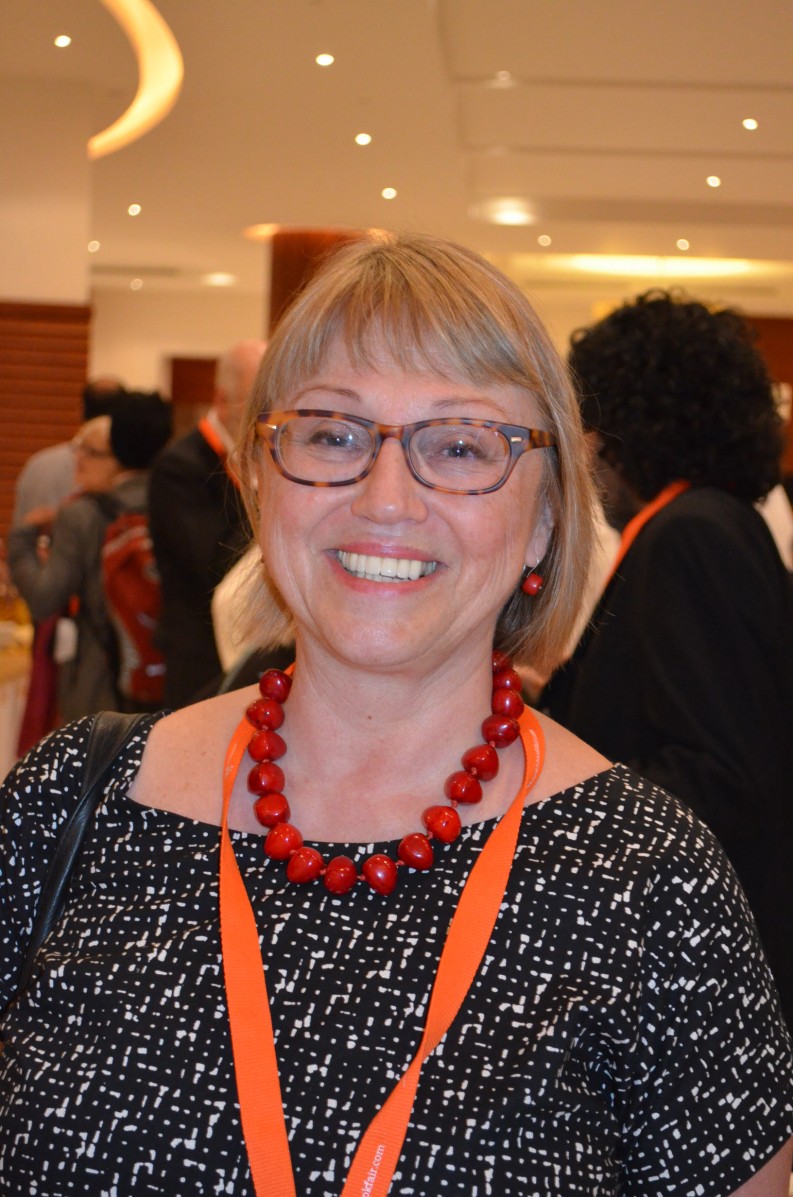 A panel at the Frankfurt Book Fair compared international literature and translation in France, Germany, and the United Kingdom.

Earlier this month in Frankfurt, Pierre Astier, a Paris-based former publisher and now literary agent, Florian Höllerer, Director of the Literaturhaus Stuttgart, and Christopher MacLehose founder of the British MacLehose Press discussed international literature and translation in their respective countries with Alexandra Büchler, director of Literature Across Frontiers. Established in the UK, Literature Across Frontiers is a European platform for literary exchange, translation and policy debate. Büchler began by asking MacLehose and Astier how they went about selecting their titles and authors and what they knew about their readers.

When MacLehose is in Frankfurt he avoids Hall 8 (the now-former traditional home of the English-language publishers) which he said, was “a sort of abattoir of culture.”

“I live in a country,” he continued, “of abject incuriosity—we alone know how to play cricket and it is enough for us…”

His “tiny list,” which contains translations from 21 languages, was considerably boosted by the publication of Stieg Larsson’s Millennium trilogy, which gave him “a certain freedom to translate extravagantly.”

MacLehose said he didn’t believe that publishers or writers should be interested in their readers. Rather, “a union will come together to form a readership. The role of the publisher is to find, no matter where, the work that pleases you. Of a writer you feel you are likely to live with happily for the whole of his or your life.”

Astier selects his authors the same way he worked as a publisher: ““I don’t follow market forces at all, I follow my instinct, I read, I need to learn something when I read a manuscript. I am curious about the world, I think we learn about the world by reading literature…Then I like to transmit this.”

When Astier worked as a publisher he discovered authors from Africa and the Caribbean, and felt he wanted to learn more. “Almost 10 years ago, one day I presented this idea to our sales manager who said African literature doesn’t interest anyone. I wanted to publish seven books by seven authors from seven different countries. In the end they accepted. We worked closely with booksellers and it was a big success. A few months later Gallimard created a collection called Continents Noirs (Black Continents).”

Literature is a living organism and must have a nourishing environment.

Literature is a living organism, said Büchler. It must have an environment that nourishes literature and translators in order to thrive.

Höllerer’s Literaturhaus is a place where authors and translators can meet to discuss, where readings are held, and where “people can spend a fulfilling evening with literature, like going to a film or theatre. The Literaturhaus is for authors but it is also popular with the public. This is both a modern and old idea,” said Höllerer.

Regarding translation, the situation in Germany shows that everything is relative: as astonishing as it may seem for Anglo-Saxon publishers, Höllerer said that because in Germany there is a tradition of translation, “the translator’s association tells us we take them for granted. Translators have stood united and are powerful as an organization. There are many initiatives that have started in the last 10 years and there are many things yet to be done.”

A Sea Change in the UK

Büchler lauded the five-year old Free Words center in London, which supports international literature, literacy and free expression. “There has been a sea change in the UK—literary translation has become more visible and translators have become a community. This community meets in the Free Words center. It is a place where organizations meet but translators only meet when they are invited or presented. It’s a good start but we’re still not there,” said Büchler, adding that Norwegians primarily funded the center.

One of the most hopeful trends, all participants agreed, was the proliferation of international small houses run by enthusiastic publishers and editors.

“Until 20 years ago the book industry was in Europe, the US and UK and Japan,” said Astier. “Today it is everywhere in the world. This is a big change. There are small publishers everywhere now…I like the word bibliodiversity—it means that small publishers represent something strong—a culture, a region in the world and a way of living. We have to encourage small publishers. We are used to translating from English, or from Spanish, and now we translate from minority languages—we must translate from these languages.”