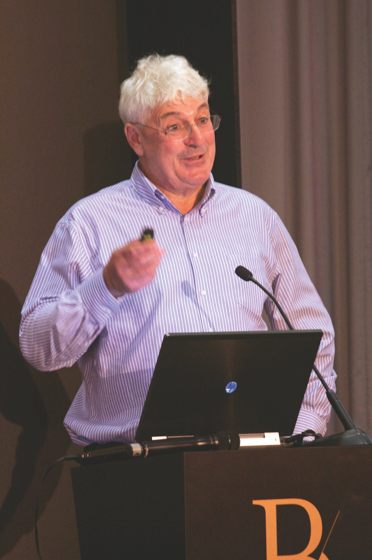 Did I just hear right? Did I just hear Richard Charkin tell an audience of several hundred rights directors and literary agents to stop doing their jobs?

As the keynote speaker at yesterday’s 28th International Rights Directors Meeting, Bloomsbury Publishing’s Executive Director said, rather coyly, that he “didn’t mean to be controversial,” but in fact delivered a rather provocative message to non-English publishers and agents: “stop trying to sell rights to English-language publishers.”

There was logic behind Charkin’s advice. The English language market was already “grossly over-published” and self-publishing, print-on-demand and e-books are only making it worse.

“It is possible no book will ever go out of print again—no death, just birth,” he observed wryly.

Add to the mix fewer retailers stocking fewer titles, static or falling prices and the erosion of territorial boundaries by online retailers, and it was no surprise that England-language publishers are losing interest in buying rights from other languages.

The solution? Rather than waste time and effort trying to chase fewer and fewer English rights sales, non-English language publishers should bite the bullet and start publishing in English themselves.

“I would cease selling English-language translations because it’s more trouble than it’s worth; I would offer all my relevant authors English-language publication from the outset,” the incoming President of the International Publishers Association told delegates.

“This way, you will be protecting your most valuable asset—your relationship with your authors.”

Publishing in English was “hard, but not impossible,” he said, with e-books and print-on-demand lowering the barriers to market. Moreover, foreign publishers would then have their own English editions to promote rights sales in other languages.

This year, the International Rights Directors Meeting was part of the inaugural Frankfurt Business Club program.

The theme of this year’s meeting was “global versus local,” with a special focus on Spanish-language markets in Central and South America, including Mexico, Colombia, Argentina, Costa Rica, El Salvador, Guatemala, Honduras, Nicaragua and Panama.