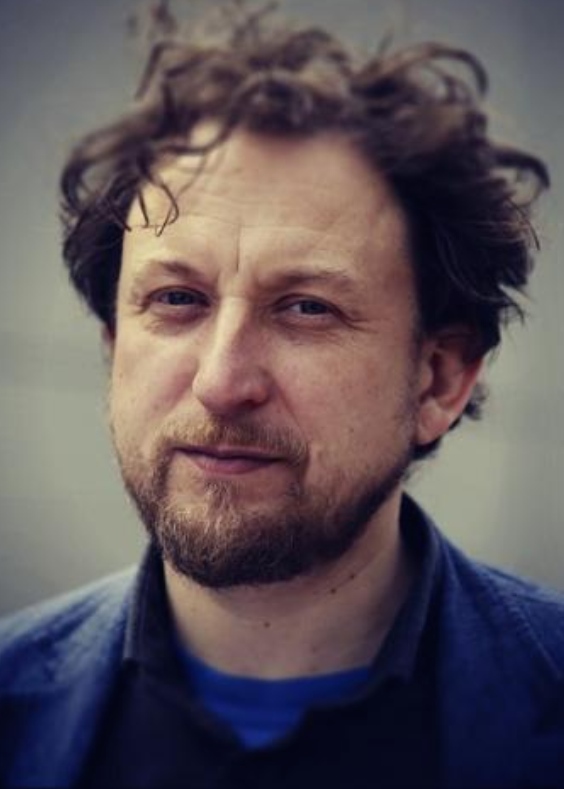 “The circular dome of the Pantheon in Rome is a picture of the human brain and the seven gods are the categories that we subconsciously place characters, stories, hopes and desires into.”

Ewan Morrison explains how the “seven big ideas in the world” dominate culture and can help you prepare for the next book publishing trends. Ewan Morrison says the rule of seven can help you anticipate the next big publishing trend.

The following is a version of the talk that the writer gave at the Frankfurt Book Fair’s 2014 StoryDrive Conference.

Since the beginning of recorded thought there have been many different attempts to explain the latent structures behind narrative, consciousness, culture and human character. Thankfully, these can be now synthesized into one super theory: There are Seven Big Ideas in the world. Not a thousand or one hundred, only seven. The Seven Big Ideas are more important than any particular story or art form. Books, films, digital, art – are all just fleeting forms that the big ideas manifest through as they recur cyclically over epochs.  This is the revelation that has changed the way I’ll be making culture in the future. It could help you too.

OK, you might ask – what are these mythological meta-forms, and how can I use them in a business model?

A Big Idea can be spotted because it generates the content which most easily becomes “synergized media.” The big idea behind the franchises for The Hunger Games, Divergent, The Giver and The Maze Runner was “Dystopia/Utopia”.

Dystopia/Utopia has been a billion dollar cultural phenomenon over the last six years but it has a long history and has recurred cyclically since Plato’s Republic. Key moments include, Hobbes and Campanella (17th century), Rousseau (18th century) and Marx (19th century), and Orwell, Wells and Rand (20th century). The first half of the 20th century was the attempt to make Utopia a reality — with horrific consequences. Since then there have been decades in which we have banished all thought of utopia/dystopia at all.

So if utopia/dystopia is one of the Big Ideas, what are the others? This is the model I have arrived at:

Throughout history, the human mind has been drawn to the pattern of seven.

You might recall the obsession with serial killers in books, films and TV from 1998 to 1997 — that was a period of “Pure Evil.” “Love and Lust” was dominant in the ’60s and banished thereafter for almost forty years, only to return in sublimated form with Twilight, Fifty Shades and the Selection series. “The True Self” is the period we’ve entered now. It resembles the self-questioning of the 1920s and 50s and the realism of American fiction and film in the 1970s. “Heroes” are running to an end with the franchises of Marvel and DC. “The Supernatural” was big in the horror genres of the ’70s and is due a big return; while the post millennial decade was a time when we preferred to look back to “The Better Past” in literature and we went crazy for retro styles in fashion and pop.

But why Seven Big Ideas? Why not eight or ten, or no limit at all?

Throughout history, the human mind has been drawn to the pattern of seven.

In the 1940s, the Russian folklorist Valdmir Propp, uncovered the seven character types in every Russian fairytale, while psychologist Carl Jung discovered the “seven universal archetypes that recur in dreams.” After Jung, the mythologist Joseph Campbell (Hero with a Thousands Faces) uncovered the mythic character types that are “embedded within the structure of stories across all cultures” and these again were seven in number.

George Lucas became a fan and rewrote the Star Wars series according to Campbell’s seven mythic types. In 2004, Christopher Booker broke down the history of fiction into seven categories (Rags to Riches, Rebirth, Overcoming the Monster, etc). Putting all this together it appears that, over thousands of years and in all countries, we tell seven basic narratives and have seven essential characters.

Then there are seven basic human emotions and the seven deadly sins (pride, sloth, envy, wrath, gluttony, lust, avarice) and their opposing seven catholic virtues. These again map onto both character types (Propp, Campbell) and to types of narrative (Booker). There are also seven basic genres of fiction.

We could dismiss this as hocus-pocus were it not for recent discoveries in neuroscience that prove that “we are hardwired with a universal grammar” (Stephen Pinker). Experience is filtered and filed into into pre-existing categories in the human brain.

Where this becomes uncanny is in relation to our ancient past. The Pantheon (Rome, 27 B.C.) once contained seven statues of the seven deities named after the seven known planets (Apollo, Mercury, Venus, Diana, Jupiter, Saturn and Mars). These Gods then map onto Jung’s archetypes and Booker’s seven stories and the Seven Big Ideas. Venus is “Love and Lust;” Apollo is the “True Self;” Mars, the God of War is “Pure Evil.” The circular dome of the Pantheon is a picture of the human brain and the seven gods are the categories that we subconsciously place characters, stories, hopes and desires into.

When data matches up from different eras and unrelated fields the results look like a “universal rule.” Most recently the global advertising agency Young & Rubicam broke down the developmental psychologist Abraham Maslow’s “Hierarchy of Needs” and uncovered “Seven Basic Motivations” (Enlightenment, Discovery, Control, Status, Security, Escape, Survival) to create “the 4Cs” (Cross, Cultural, Consumer, Characterizations) and conclude that there are “seven kinds of people in the world” (The explorer, the aspirer, the succeeder, the reformer, the mainstream, the struggler, the resigned).

And these map back onto the Roman gods and the fairytale characters. Have we struck upon a universal truth here? Seven types of person in the world fueled by seven ideas which manifest in seven distinct story trends which recur cyclically.

If there is any truth to the model then foreknowledge of the patterns could have vast economic implications for those who produce culture. If you could chart the cycles of the Seven on a timeline, you could predict the next trends and ride the wave of the next Big Idea. So, hypothetically, we could be entering a phase where “Pure Evil” (2014-2020) is culturally dominant. Then there might be “The Better Past” overlapping with “The Supernatural” (2017-2024) — and we won’t get back to obsessing again about Utopia/Dystopia until 2028. Why develop a story or product that is in the wrong cycle? The Seven Big Ideas model could save culture makers a lot of time, money and wasted hope.

But does it work? Is it even true?

Well, the Romans seemed to think so – and they built their entire culture upon it.

Ewan Morrison is an award winning author, futurologist and public speaker with a history of writing essays that go viral. @MrEwanMorrison