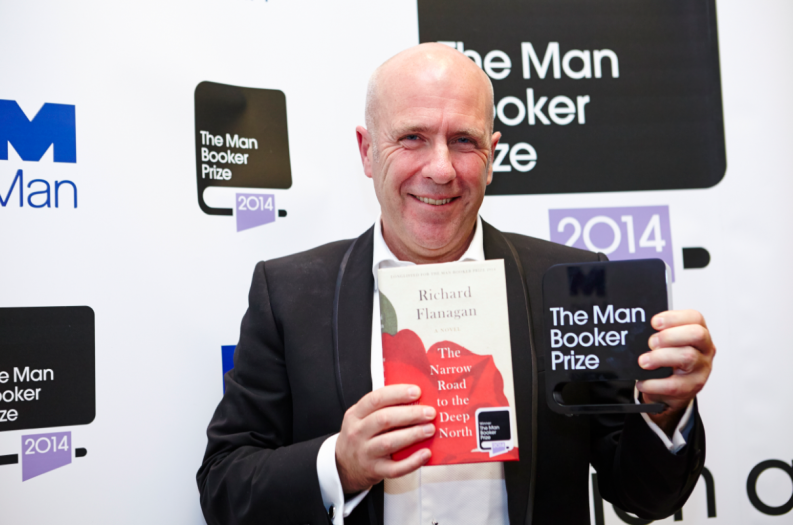 The Burma railway — the “Death Railway” — occupies a particular place in our imaginations and in the world of book publishing and film. As the number of eyewitness survivors inevitably dwindles, its memory is kept alive through words and pictures — and increasingly fiction, as with Richard Flanagan’s The Narrow Road to the Deep North which won the Man Booker Prize this week.

Even today the railway’s two most famous sites — “Hellfire Pass” where the prisoners had to cut through rock, and the famous bridge on the river Kwai at Kanchanaburi — remain relatively remote, unvisited even by many who have been to Thailand. Indeed, one wonders how many who attended Tuesday night’s dinner at the Guildhall in London have travelled to either, though many will have visited the country itself.

The first book to record the horrific details of what happened on the railway was The Naked Island, by Flanagan’s fellow Australian Russell Braddon. First published in 1952 by British publisher Werner Laurie the original hardback is a collector’s item, currently being offered for £399 ($640) on Amazon. It is illustrated by Ronald Searle, who went on to create the famous St Trinian’s series with its famous misbehaving schoolgirls.

Searle captured the horrors of daily life on the railway in a series of pencil drawings. He once said: “I desperately wanted to put down what was happening, because I thought if by any chance there was a record, even if I died, someone might find it and know what went on.” He died in 2011, another eye-witness gone, but his drawings were collected in To the Kwai and Back, War Drawings 1939-1945, published by Souvenir in 2006. For British people of a certain age, knowledge of the railway is inextricably bound up with the 1957 film The Bridge on the River Kwai, frequently shown on television during the Seventies, but now rarely broadcast. The film is based on the award-winning novel of almost the same name (‘on’ was originally ‘over’) by the French writer Pierre Boulle, who also wrote Planet of the Apes. It won the Prix Sainte-Beuve in 1952, the year it was published.

Boulle never visited Thailand and didn’t know that there wasn’t a bridge on the Kwai; it was over the Mae Khong instead. In 1960, the Thai government changed the name of this part of the river to Kwai — possibly the only example of a work of fiction resulting in a real place being re-named.

Accounts of the railway have led to other award-winning or shortlisted books. In 1995, Eric Lomax’s The Railway Man won both the NCR Book Award (now the Samuel Johnson Prize) and the PEN/Ackerley Prize for Autobiography. It was ghost-written by Neil Belton, currently non-fiction Editorial Director at Faber but who is to join Head of Zeus as Editorial Director and Publisher of a new list in the New Year.

In 2011, Pan Macmillan Australia published Spirit House, a novel that also has the railway at its heart. Written by another Australian writer Mark Dapin, it was shortlisted for The Age Book of the Year and long-listed for the Miles Franklin Award.

In the UK, one of the last eye-witness accounts was published last year — Reg Twigg’s Survivor on the River Kwai (Penguin Viking), a book whose power comes from it being told in an everyday, non-literary voice. Another film detailing life on the ‘Death Railway’ is now in development — Benedict’s Brother, based on the 2006 novel by Tricia Walker that has a dual narrative, switching from Uncle Erno’s life as a PoW on the railway to his daughter returning to Thailand with his ashes to scatter them from the famous bridge.

Those who fought in the Burma Campaign were famously called ‘the forgotten army’ — this was a campaign that was too far away, that did not receive the coverage the European conflict received. If you were called up to fight in the East, you did not come home on leave; the distances were too great; once you were gone, that was it until the war ended.

In the anthology of railway poetry Marigolds grow wild on platforms, published by Cassell in 1996, the editor Peggy Poole writes: ‘Many of us have traumatic memories involving railways. I waved goodbye to my elder brother at Canterbury East when he left to fight in Burma, never to return. I can still see the train disappearing into the distance.’

Novels like Flanagan’s keep the train of memory alive; this is a Man Booker winner that has the rails of history running through it.