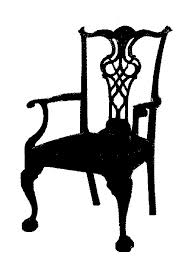 Writing for SF Gate, John McMurtie reports that the San Francisco based publishing house McSweeney’s will become a nonprofit, which will allow the highly praised and loved small press to “continue taking on projects that don’t necessarily make money.”

McSweeney’s founder Dave Eggers, in an interview with the Chronicle, said that “We’ve always been a hand-to-mouth organization, and every year it gets just a little harder to be an independent publisher. An independent literary title that might have sold 10,000 copies 10 years ago might sell 6,000 now, for example.”

“Now there’s the opportunity,” Eggers told the paper, “to raise money around a certain project or to write a grant for it, or even crowd-fund it,” adding that McSweeney’s will apply to be its own nonprofit within the next month, with the hope that it can become a 501(c)(3) organization within a year.

And despite the company’s success publishing such well-known authors as Michael Chabon and Nick Hornsby along with best-selling titles such as David Byrne’s How Music Works, Eggers told the Chronicle that, “It just seemed that increasingly so many of the things that we wanted to do were nonprofit projects and were not really things we could reasonably expect to break even on,” including such things as books in translation.

Will more publishers follow in McSweeney’s path? According to Jonathan Kirsch, a Los Angeles based publishing and IP attorney and adjunct professor at NYU’s Professional Publishing Institute, the shift from profit to non-profits is “the coming thing in publishing. It’s going to be increasingly common for certain kinds of publishing houses where something is at stake beyond making money.”

He added that, giving the ongoing financial problems facing the book industry, shifting over to a nonprofit model “allows more publishers to continue to publish books because they are not relying on profits from the marketplace.”

McSweeney’s sent the following announcement to its customers today:

We have very good news. Starting today, McSweeney’s Publishing will begin operating as a nonprofit.

For the last fifteen years, McSweeney’s has dedicated itself to publishing outstanding new writing in a wild variety of forms, and we’ll continue to do just that. The Quarterly Concern will still feature the groundbreaking short stories and eye-gratifying design that have won it two National Magazine Awards; the Believer will still publish great essays and interviews and special issues. Our books, we hope, will remain worthy of cherished placement on your shelves.

So why change now? We believe that becoming a nonprofit will allow McSweeney’s to sustain itself for many years to come, with the help of an expanded community of donors, writers, and readers. We want to continue to pursue a wide range of ambitious projects—projects that take risks, that support ideas beyond the mainstream marketplace, and that nurture emerging work. A nonprofit structure, with a board and members supporting our efforts alongside our staff and writers, will allow us to put new resources behind all our undertakings, and explore a number of exciting projects that, until now, were out of reach.

How can you help? There’s no way around it—this is a big transition for us. There has never been a time when your support mattered more to the future of McSweeney’s.

Starting today, you can contribute to McSweeney’s as a member. Better yet, most donations are partially tax deductible. We’re starting out as a fiscally sponsored project of a great San Francisco nonprofit incubator called SOMArts; next year, we’ll apply to be our own 501(c)(3).

Here are a few ways to support our work:

We have some incredible books coming out in the months ahead—new poetry, new nonfiction from Cory Doctorow, new fiction from Alejandro Zambra and Miriam Toews and Michelle Tea. Your donations will allow us to push our projects still further—to invest in in-depth, on-the-ground reporting in the Believer and ambitious new forms for the quarterly, to expand our commitment to works in translation, and to take on the dream projects we’ve been waiting years to pursue. (More information about a few of our upcoming endeavors can be found here.)

To all those who have supported us in the past, we thank you and hope you’ll continue supporting independent publishing. To newcomers, we invite you to jump in and make more great books and periodicals possible.

We’re profoundly grateful for your help.
All of us at McSweeney’s Publishing