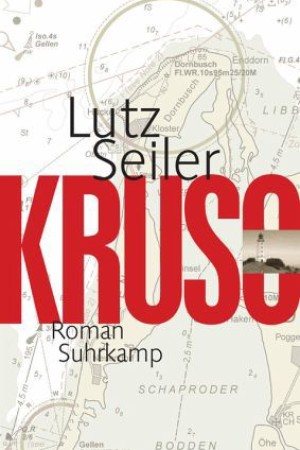 The German Bookseller and Publishers Association announced on Monday night the 2014 winner of the German Book Prize: Lutz Seiler for his debut novel, Kruso (published by Suhrkamp). Seiler will receive 25,000 euros, and the other five short-listed authors will receive 2,500 euros each.

If their decision to award Seiler with this year’s prize, the jury said: “Lutz Seiler employs lyrical, sensual language with a hint of magic to describe the summer of 1989 on the island of Hiddensee—a ‘gateway to evanescence.’ The island was a gathering place for eccentrics, mavericks, freedom seekers, individuals looking to flee the GDR. One can read this compelling Robinsonade involving the eponymous Kruso and the young dishwasher Edgar as an eloquent tale of both a personal and historic shipwreck—and as a poet’s coming of age novel. The text develops its own unique sense of urgency and, if nothing else, serves as a requiem for the refugees who lost their lives while attempting to escape across the Baltic Sea. Lutz Seiler’s first novel impresses with its thoroughly distinct poetic language, its sensual intensity and its worldliness.”

“Writing and reading are intimate endeavours, and authors are not known for seeking out the spotlight in the same way that actors do. When we award a prize of this nature, we begin to take this into consideration,” said Heinrich Riethmüller, head of the Börsenverein des Deutschen Buchhandels, at the award ceremony. “The novel selection process is a way of staging literature, but this is the only way to generate the kind of public attention that literature needs in order to make a big enough impression alongside film, music and major cultural events.”