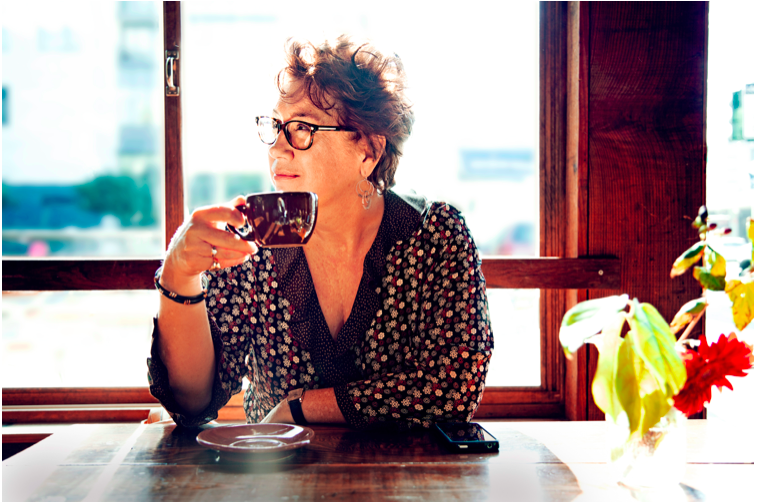 Eileen Gittins, CEO of Blurb, says that even as the digital transformation takes hold, a series interest in high quality print remains.

LONDON: Spend any time with Eileen Gittins, founder and CEO of Blurb, the San Francisco-based “creative self-publishing platform,” and it’s like being at your own, personal, one-on-one TED talk. She’s persuasive, focused, articulate, and combines it all with an engaging warmth that must win over even the most cynical of industry observers.

Blurb is flying at the moment. It is taking its first tentative steps into the movie world, having just signed an agreement with Gotham, the Hollywood management agency. This will see Gotham give its clients the option of taking the self-publishing route via Blurb for their memoirs, or whatever the project might be, with one of the temptations being the complete creative control that Blurb affords users. The same agreement also gives Blurb’s authors the option to have their book sold for film, TV or video game adaptation through Gotham, with Blurb receiving an ‘executive producer’ credit in any resulting film.

Gittins has been in London talking to the media about such new developments and meeting industry players. While here she also gave a talk to female managers at Tesco, where she talked about her own journey as a female CEO and the challenges companies face when they change strategy.

“I’m a female CEO from Silicon Valley. There aren’t that many CEOs in any area, and in tech it’s even worse. It’s very much a boys club. It’s still a challenge in Silicon Valley, although there is a movement to balance it out now. Certainly the Valley has done better on the ethnicity issue, but when it comes to women and management it has lagged behind.”

She was invited to speak at Tesco by Thomas Nielsen, a friend from Adobe who recently joined the troubled supermarket chain as Group Product Officer. Tesco has seen falling sales, an embarrassing accounting error which overstated profits and a departing chairman. One could almost imagine Gittins taking the reins, except that she would never call herself a retailer.

She describes Blurb as a tech company and she believes Tesco, along with many other companies — including publishers — needs to change to become “a native technology company” too. “Publishers need to become technology companies, or need to address the fact they’re not tech companies. The ones who succeed will be the ones who embrace this. Blurb is nimble and fast and can get out there and use technology to reach authors and audience. We can connect authors directly with their fans, unlike Amazon. Amazon sees a customer as their customer, not the author’s. We are motivated to connect authors with fans.”

She thinks publishers will survive, but that the industry will look different. “A few years ago we all thought: it’s all going to go digital. But as is the case with any new technology, eventually all the oxygen that has been taken out of the room normalizes, and what happens is that the highest and best use of the previous technology comes back in – maybe in smaller numbers, but with greater reverence, even more beloved. So when there was only print there was nothing to compare it to. We took if for granted. But now we don’t take print for granted. We have digital to compare it to. There will be smaller numbers, but greater love for it.”

Gittings grew up in California, the daughter of a British father who worked his passage to the States on the Queen Elizabeth after the war, and a book-loving Irish-American mother. Much of her high school years were spent in swimming pools — she was a nationally ranked competitive swimmer, often training four hours a day. “I learned how to win and I learned how to lose,” she recalls. “Learning how to lose is a big deal for women, because girls are taught that they have to be perfect the whole time. Girls take criticism personally. In the real world, I’m a fan of figuring out how to compete.”

She studied journalism and art at Berkeley, and a love of photography led her to join Eastman Kodak where she moved into imaging systems: the digital side, long before Kodak was digital. She followed this by heading up two tech start-ups, Salsa and Personify, and describes herself today as “a serial CEO”.

Blurb came out of the difficulty she found in trying to publish a book of the pictures she had taken of all the tech folk she had worked with, something that she could give them as a “thank you.” Eventually she had to create the basis of Blurb to do it herself. That was in 2005. Today, Blurb has a staff of 130 and ships books to more than 70 countries. It has produced nearly 3.1m books to date, from some 970, 000 author clients. It likes to say that at its peak volume in 2013, it was producing more book titles in three minutes than a mid-sized publisher produces in a year. It doesn’t say exactly how its output splits between print and digital, but says the former is stronger.

Turnover is approximately $90 million and it has recently signed a distribution deal with Ingram to take its titles to bookshops. Approximately, 60% of Blurb’s output is ‘personal’ material — people’s collections of photos or family histories, for example — with the remaining 40% having some sort of business intention, novels or non-fiction that are intended to be bought.

“And this is the area where we are seeing growth,” says Gittins. “This is where we present a challenge to traditional publishing, because we offer our users complete control and much more margin. We are not cultural gatekeepers. We are the YouTube of the book industry.”

One senses that Blurb is getting into a new stride and who knows how many aspiring authors will decide to eschew traditional publishers and fall in behind it.