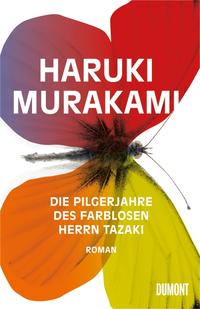 The launch of a new Haruki Murkami book has become an event around the world, with many translations appearing before an English edition. Writing for Nippon.com, Irmela Hijiya-Kirschnereit examined the phenomenon that is Haruki Murakami (or Murakami Haruki as he is more properly known), and the efforts that go into translating him to a global market.

More and more, bringing out Murakami in translation is growing into an event. These releases may not be as high-profile as, say, those for J. K. Rowling’s Harry Potter stories, with people queuing for hours in front of large bookstores. But the fact that Murakami’s recent novels have been accompanied by well-orchestrated campaigns speaks for the particular name value of this author. Or should we describe things the other way around? Was it the smartness of launching a German fan website for 1Q84, his novel in three parts, well before the first two parts appeared in German translation in the fall of 2010, which boosted Murakami fever among his readership in a younger, more outgoing generation?

What is remarkable in any case is the fact that the German versions of 1Q84, whose third part was released in 2011, and Murakami’s latest novel, published in the Japanese original in April 2013, came out before the English translations. For Colorless Tsukuru Tazaki and His Years of Pilgrimage, the novel’s English title, the announced date of release is August 12, 2014. But there are other languages with even faster results. The Korean version has circulated since summer 2013, while editions in Spanish, Romanian, Hungarian, Polish, Serbian, and Chinese were out in the fall, and a Dutch version has been announced for January 2014. It seems that the time span between the original and the translations is shrinking with every new Murakami book—again, a sure sign of his international prominence and market value.

Despite the “global machinery” that is Murakami marketing, without his translators, she points out, he would have remained “an exclusively Japanese author.” And it was in German that he found great initial success.

In the case of German, Murakami was blessed with one of the best translators ever, who alerted a German readership to this author by selecting short stories like “Rōma teikoku no hōkai, 1881 nen no Indian hōki, Hittorā no Pōrando shinnyū, soshite kyōfū sekai” of 1986 or “Pan’ya saishūgeki” of 1985 and publishing his translations in a literary-cultural journal in 1987 and 1988, long before the English versions which were published as “The Fall of the Roman Empire, the 1881 Indian Uprising, Hitler’s Invasion of Poland, and the Realm of Raging Winds” and “The Second Bakery Attack” in 1993. The same translator also initiated the first publication of a Murakami novel in German, Hitsuji o meguru bōken (trans. A Wild Sheep Chase) by one of Germany’s most prestigious publishing houses, Insel, in 1991, sharing the task with another young translator. German critics welcomed the book as a fresh voice from Japan with a surprisingly “American” sound. Now the ground was paved for more Murakami in German. But then, things changed:

After this first success in German, and with more English and other translations in preparation, the author seems to have pursued a stricter streamlining policy through his American agent since the early 1990s. He refused to grant translation rights for a selection of his short stories into German on the grounds that translation rights for an English edition of the stories were still under negotiation, and that he preferred to make the selection by himself. It would have been interesting to see whether a selection of his works according to local literary tastes had any impact on the respective Murakami reception, but alas, this question remains a hypothetical one. In the end, the German publisher decided to bring out his 1985 novel Sekai no owari to hādoboirudo wandārando next. This had been introduced in several brief translated sections in German journals as early as 1989 and 1990, but an English edition, Hard-Boiled Wonderland and the End of the World, had come out in 1991.

The fact that translation rights could not be obtained unless there existed a contract for an English version may have added to the widespread impression—among people connected with Japanese literature, publishing, and cultural outreach, as well as the general audience—that for Japanese literature to succeed on the international scene, English translations were indispensable. What is more, many readers and even agents assumed that Japanese literature in other languages was more or less based on the English translations. This opinion was not limited to Murakami’s international presence; it rubbed off on all other literary productions of Japanese origin, so that a Japanese agent in the 1990s, during the high tide for Japanese literature in central Europe, was reluctant to even negotiate translation rights for a German version as long as no English language publisher showed interest in the book in question. This is what happened in the context of a prestigious German series, “The Japanese Library,” featuring 32 books of modern and classical Japanese literature between 1990 and 2000.

Problems arose, though, when his 1992 Kokkyo no Miami, taiyo no nishi (South of the Border, West of the Sun) was published as Gefahliche Geliebte (Dangerous Lover) in 2000. According to Hijiya-Kirschnereit, the event “changed the history of how literature was presented in the media” in Germany during a roundtable discussion on the TV literary talk show Literarisches Quartett (Literature Quartet):

As was to be expected, opinions differed about Murakami’s book. The debate, however, grew more and more heated, and the argument, which was ignited by different views about erotic passages in the book, took a new turn when one of the discussants remarked that one could hardly get a feel for the original sound of the disputed section as the translation had been done from the English version. The dispute came to an end here, but not without a number of graver consequences. As was always the case for titles taken up in the program, whether praised or condemned, sales jumped for the book in question. But the show also led to harsh criticism of the publisher and sparked a public discussion about translating Murakami not from the Japanese, but from an English version. Everyone of course agreed that translating literary works from a second language was to be condemned as unprofessional and as an insult to a serious literary creation.

But what lay behind the publisher’s decision, a most reputable agent with whom Murakami is affiliated down to the present day? From all the public statements, interviews, and behind-the-scene reports it became clear that the translation from the English version was not only approved by the author—he even seems to have encouraged it on the grounds of a faster availability of his text for a German readership. This somewhat self-contradictory reasoning seems to have evaded the general discussion at that time. What also became clear, though, is that the English versions of South of the Border, West of the Sun and The Wind-Up Bird Chronicle were thoroughly edited and adapted for an American readership with the consent of the author. In itself this is not worth mentioning, as some sort of “cultural translation” is an aspect of most successful translations. Naturally, there are different degrees of adaptation, and the decisions that experienced translators make in accordance with the author and the publisher in this respect must be based on a thorough understanding not only of the original work but also of the target culture and its readers’ expectations. The interesting thing in this case was that Murakami seemed to have decided that the American version of his novels was to be regarded as the basis for translations into other languages. Or so the message was received on the German side. (The four critics’ dispute about the Murakami novel can be viewed on YouTube.)

Recently though, new editions of Murakami have been translated into Germany directly from the Japanese, which raises the question of how adaptations for national readerships will work when English is no longer the template:

…has Murakami perhaps adapted his style of writing for a global market in a way that makes these adaptations no longer necessary? This is one of the many fascinating questions which will inspire research of scholars of Japanese literature and of translation studies. It is worth noting that the overall rate of direct versus indirect translation via English and a few other languages into German has in fact remained fairly stable since 1868 through the present, amounting to 88% versus 12%. Indirect translations today mostly apply to manga and to popular literature, including crime and mystery novels. We must consider how to appraise these figures, to compare them with translations into other languages, and to relate them to our case in point.