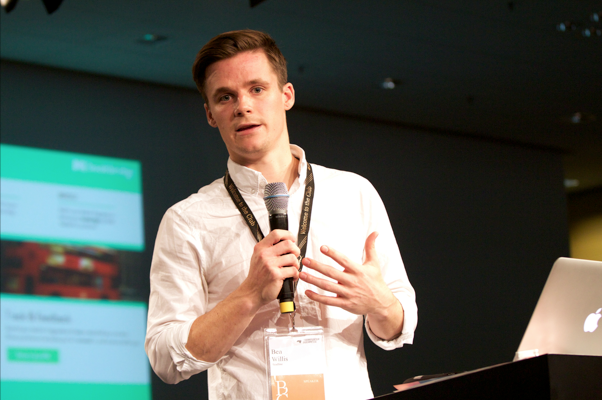 Concerned by his publicity department’s increasingly problematic interaction with a growing number of notoriously idiosyncratic bloggers, Willis got approval to create a platform to better handle the many requests for review copies and author interviews that were emanating from the blogosphere.

Still in beta, the platform has been a resounding success since its launch at the start of 2014, and is now servicing some 550 book bloggers, who have so far generated some 7,400 blog posts on Headline titles and authors.

The bloggers have to do some work to earn privileged access to Headline’s publicists, review copies, and authors. Not only do they have to register on the site and keep their contact details up to date, but the lucky 20% who are accepted also have to log (or “bridg”) each post they create on the website (for which they are rewarded with a gold star).

In return, Hachette grants them access to its forward catalogue four or five weeks out from publication and provides the ability to request review copies, request author interviews, and participate in popular blog tours. These requests are sent directly to the publicist responsible for the title.

“Spots for blog tours are snapped up quickly, often within an hour or two,” observes Willis.

The Bookbridgr system, built relatively cheaply on the WordPress web publishing platform (why the missing “e”? The domain name was cheaper), can also push featured titles at the bloggers.
Does it work? Just 60% to 65% of review copies sent out to bloggers end up in a blog post, with the most reviewed categories being women’s and young adult fiction.

Willis is comfortable with this “completion rate.”

“Bloggers don’t always write to schedule and, if they don’t like the book, they won’t write about it at all.”

Ultimately, Willis says the result has been “more reviews by more bloggers” with, importantly, no related increase in work for Headline’s publicists. Nirvana.
Hachette’s lists are slowly being incorporated into the Bookbridgr system, with recently acquired Quercus titles set to be incorporated early in 2015.