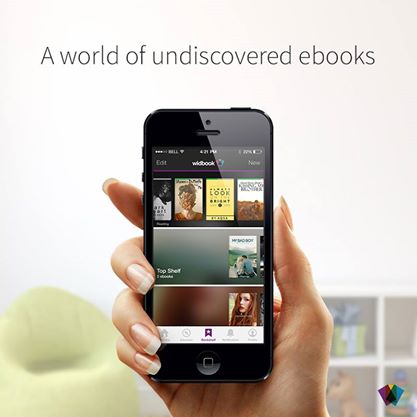 A young Brazilian digital writing and reading platform makes a splash in India, the UK, the Philippines, and Pakistan. In June 2012 three young entrepreneurs from Campinas, Brazil got together to launch Widbook, an online social platform designed to allow people to write, read, and share stories in e-book format. Today the global platform has 200,000 users in 100 countries and 30,000 e-books in development.

One of those young entrepreneurs is Joseph Bregeiro, a former Fnac employee who is speaking on Tuesday, October 7 in a CONTEC session smartly called “Rebels of Publishing,” along with John Pettigrew, CEO and Founder, Cambridge Publishing Solutions, from 12:15-12:30, Hall 4.0, Europa.

PP: What led you to abandon the security of a job at Fnac and risk everything on Widbook?

Joseph Bregeiro: The prospect of changing the way a writer can interact with his reader weighed heavily in the decision. We were convinced these changes needed to go far beyond the mere act of the purchase, which is handled efficiently yet impersonally by the major portals of content distribution. Someone would have to be available to establish a writing platform that could embrace both writers and readers from the very beginning of the creative process.

PP: Why was your platform released internationally before a Brazilian launch?

JB: First, Widbook is a global platform, and English is the language that enables the connection between writers and readers worldwide. We also had to test the traction of the concept simultaneously in several countries, so we decided to focus initially on the United States and Brazil. After these two countries, we verified that most of the other users were logging in from India, the UK, the Philippines, and Pakistan. The lack of professional local platforms linking writers and readers in these countries is the main reason for our significant growth there.

PP: Widbook’s users are made up of both writers and readers. Could you describe the challenge of reaching both of these audiences?

JB: Building a platform that will be efficient for readers involves a set of challenges that are entirely different from those of making it effective for writers. We chose to accept this dual challenge and worked constantly to improve the text-creation tools and everything else encompassed by the writer’s universe, in addition to the functionalities for readers. We are convinced that a writer will only choose a writing platform if it also features a great environment in which his readers can sample and “taste” the book.

PP: You are speaking at the session called “Rebels of Publishing.” Do you consider yourself a rebel?

JB: Anytime someone steps off the beaten track, they will be seen as somewhat rebellious. We understand that and, as such, we accept the label. But it is very clear to all our partners that we will all coexist to reach a single objective: to reveal new authors while transforming the experience of writing and reading books. We are prepared to uncover new paths, and we are open to connecting with the entire book market.