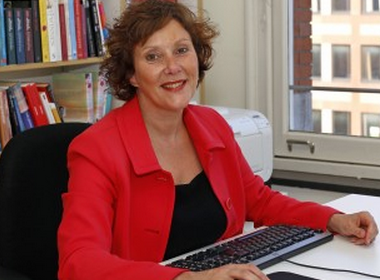 On the cusp of the Frankfurt Book Fair, we’re taking a slightly different tack on this month’s Market Focus as we take a wander back in time to explore how the relationship between near neighbors Germany and the Netherlands has developed over the years within the world of publishing.

Reintje Gianotten, former editor, publisher and now lecturer at the University of Applied Sciences of Amsterdam and staff member at the Dutch Foundation for Literature, suggests that whilst the Dutch and the Germans may have had their conflicts in the past, nowadays they enjoy working together – especially within publishing.

As the famous Dutch football player Johan Cruijff once said: ‘Every disadvantage has its advantage.’ This saying is very popular in the Netherlands. The majority of the Low Countries’ population lives below sea level and their language is only spoken by a small group of people. Still, disadvantages can be restructured to advantages.

After the regime change in 1933, many German book professionals sought refuge in the Netherlands. Hein Kohn fled from Cologne and after the war used his extensive network with authors like Thomas Mann and publishers such as Peter Suhrkamp to establish a literary agency in the Netherlands. Dutch publisher Emanuel Querido joined forces with his German colleague Fritz Landshoff to found Querido Verlag in Amsterdam, a German division of his publishing house. This house earned a worldwide reputation with books by Klaus Mann and many other Exil authors. During the occupation brave men started to publish pamphlets and poems as protests against the Nazi’s, which led, for instance, to the founding of De Bezige Bij (‘The Busy Bee’), which remains a renowned publishing house to this day.

If you take a look at the current situation in the market, the Dutch, Flemish, Austrians, Germans and Swiss seem to get along well. They like to work with each other and agree on deals quickly.

Literature from the Low Countries gets more attention in the German world than the other way around – something that needs attention from the Dutch.

Professors, lecturers and teachers in Germany study our language and many publishers and editors are able to read books in our language. Literary agents and booksellers seem to have a soft spot for the books from The Netherlands and Flanders.

The Dutch market seems open to German professionals as well. A lot of translators, booksellers and scouts have set foot in the market. Tino Köhler works as a scout for Hanser Verlag. Together with his wife Eva Cossee, Christoph Buchwald founded the established publishing house Cossee.

“Although we can learn from the Germans’ sense of perfectionism, they could use our looseness.”

Marianne Schönbach is increasingly successful with her literary agency, founded in 2001. Speaking about this, she said: “What I like most about doing business with the Dutch is their practicality. They like to take a risk, difficulties are there to conquer. Their equanimity, that’s great. Above that, working in Amsterdam is a privilege. The international character of this small town is unprecedented. Bookshops offer a big variety of books in English, German, French, Spanish, Italian, you name it, as if you are in a metropole. They are unpretentious about that, as if it’s normal.”

René Bego of Dutch house Mo’Media has started a new branch in Berlin in 2012. With his series of travel guides he is aiming to conquer the German market on which he commented: “The market is tough and professional, the competition is fierce but there is no secrecy. The openness and transparency are characteristic for both of our markets. Although we can learn a lot from the Germans’ sense of perfectionism, they could use our looseness.”

Last September, Swiss house Diogenes – known for their loyalty to their authors – published the debut novel of 17-year-old Solomonica de Winter, daughter of Leon de Winter and Jessica Durlacher. Father, mother and daughter now share the same publishing house. Solomonica wrote her novel in English – a Dutch edition is not yet available. Who is arguing that publishers nowadays are not investing in talent?

The Germans have established a Goethe Institute in most major cities all around the world, including Amsterdam and Rotterdam. The Dutch and the Flemish don’t have such prestigious institutions. Fortunately, the Dutch and Flemish have the opportunity to present themselves as guest of honor at the Frankfurt Book Fair, for the second time since 1993. At the time, this was the breakthrough of a number of writers in Germany, so this opportunity should be grasped with both hands again, by old and new partners as well as established and new talents.

The book business is internationally orientated par excellence. Professionals will work just as easy with rights managers or editors from Korea, Canada or Finland. The bonds between Dutch and German speaking countries now seem stronger than ever, and the openness in culture and the linguistic affinity are a huge advantage. Johan Cruijff knows best that the Germans will always win their football matches in the end, but cultural relations are fortunately very different: you should perform even better when with your neighbors.