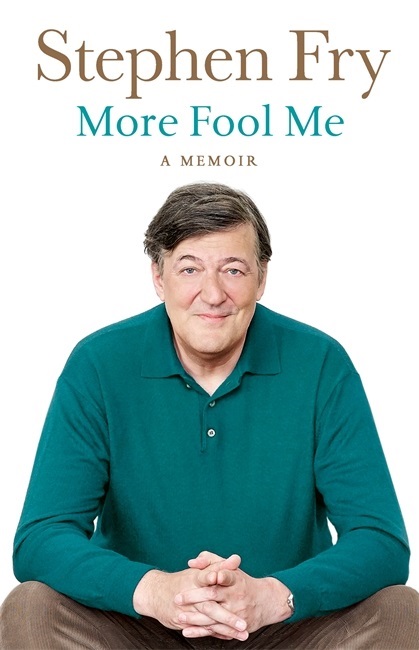 In opening up its new Stephen Fry book to crowdsourced remixes, Penguin hopes to catalyze an amazing, disruptive reading experience.

Penguin UK launches one of its most ambitious projects ever this week in which it effectively aims to crowd source the future of the book. On Thursday it will release a chunk of free, cross media content from Stephen Fry’s new volume of memoirs More Fool Me – as well as material from the earlier Fry Chronicles – and will actively invite creative disobedience, digital play, tech mash-ups and all kinds of online mayhem on a global scale.

Far from being protective of the content – so often the norm in this walled garden world in which we live – Penguin is telling the world ‘do what you will. Take this metadata, this audio, this text. Mess with it. Go play. Invent. Create. Surprise yourselves. Surprise us.’

The idea belongs to Digital Product Development Director Nathan Hull, who wanted to create the same level of excitement that existed for Fry Chronicles back in 2010, whose app won many plaudits and awards. But this time he didn’t want to repeat it, to simply do another app. Apps are expensive, but aside from that, he wanted to try something different, something more ambitious, something that chimed with Fry’s own interest in tech and digital – and something, let’s not forget, that would get Fry’s new book talked about among a whole new audience. Social media at its best is nothing if not a free advertising campaign, run by its willing participants.

With so many conversations within the industry about the future of the book being inconclusive, Hull’s thinking was: “Let’s see what people out there come up with. Let’s open source the content and see where it takes us.”

It is certainly a bold move, though one that chimes with the publisher’s history of innovation. In some ways the idea is simply a modern echo of Allen Lane’s similarly bold move with paperbacks. This is literature-meets-tech-on-a-global scale.

>During the last two years, Hull has travelled widely for the company, visiting tech start-ups and developers from Tallin to Toronto. Now he has drawn on these contacts to arrange a series of creative events around the world for Thursday’s launch. Throughout October and November these events will take place in each continent at tech hubs, labs, libraries and universities. Moreover, although the content supplied will only be in English, Penguin and Fry are encouraging submissions in any language, openly welcoming users to translate the text themselves. The material will be released in themes: friendship, technology, mental health, gay rights…Entrants will be pushed to think as abstractly as they like and produce ideas for whichever format they choose. Anything and everything is welcomed. The publisher hopes for an amazing, disruptive reading experience. Audio mash-ups on Spotify, experiments with conductive ink, games, NFC (near field communication) applications, 3-D printing, splicing, dicing, video…Penguin is hoping for a global cacophony of ideas and is open to anything.

Its partner in this merry mayhem is the file transfer service We Transfer. From this week users of We Transfer will see and hear a message from Fry taking them to yourfry.com. The publisher is hoping for thousands and thousands of variations on the content, and it will be producing a global heat map to track what is happening where. It loves the idea of one source being the start point for thousands of variations.

Though it stresses that the venture is not a competition, a panel consisting of people from publishing, gaming, technology, venture capital and Fry himself, will overlook what is produced and will recognize outstanding and innovative entries with a Penguin Fry Innovation Award.

Just as people no longer consume TV in a linear way, Penguin recognizes that people increasingly want to be in control. The publisher is giving them permission to control this content and interestingly, says it will not own anyone’s idea.

The publisher is allowing a two-month period of ‘play’ and it will be fascinating to see what emerges. At the very least, it seems likely that a new talent will be spotted – and that sales of Fry’s new volume of memoirs will be healthy.