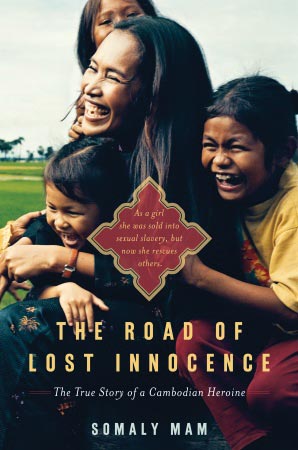 Writing for The Atlantic, Kate Newman wonders why memoirs aren’t fact-checked more closely and questions whether a lack of resources is really to blame. The author’s claim to having been a child prostitute turned out to be bogus.

Writing for The Atlantic, Kate Newman looked at the state of fact-checking in the publishing industry, starting with a look at Somaly Mam’s memoir, The Road of Lost Innocence: The True Story of a Cambodian Heroine.

That “true story” which earned raves when it was published in 2009 was revealed this spring to be not entirely true – as Mam was charged with “fabricating her past as a child prostitute.” And while she took the brunt of the blame (as did New York Times columnist Nicolas Kristof who wrote the book’s introduction), as Newman pointed out, “hardly any called out the publishing house that distributed her book.”

Kristof, in a post at Politico, defended his introduction, since Mam’s story had already been the subject of two previously published books. And Writing in the Times, he said, “We journalists rely to a considerable extent on people to tell the truth, especially when they have written unchallenged autobiographies.”

But as Newman states, there’s problem with that kind of logic: “Most books are never fact-checked.”

Newman cited Craig Silverman, author of a book on media accuracy Regret the Error (he’s a founder of a blog with the same name) who wrote, “When I was working on my book, I did an anecdotal survey asking people: Between books, magazines, and newspapers, which do you think has the most fact-checking?” Most people, it turned out, guessed books.

“A lot of readers,” he said, “have the perception that when something arrives as a book, it’s gone through a more rigorous fact-checking process than a magazine or a newspaper or a website, and that’s simply not the case.”

Why is this? Silverman thinks it’s due, at least in part, to the “physical nature of a book: It’s ink and weight imbue it with a sense of significance unlike that of other mediums.”

Many publishing houses argue it’s simply a lack of funds. But is it?

So then, why don’t publishers fact-check?

According to Newman, many publishing houses argue it’s simply a lack of funds, but, she says, “It’s getting harder to accept that argument, particularly with major presses.” While it might be unrealistic to have line-by-line magazine style edits, publishers could, she argues, “work to clear certain key details.” Looking at the infamous case of James Frey and A Million Little Pieces, Doubleday could have, Newman writes, “verified court records, as The Smoking Gun was able to do, regarding the amount of time he spent in jail (a few hours, instead of months.)

And of course, publishers are able to find the funds when it comes to “an in-depth legal vetting process, during which lawyers review a manuscript and flag any passages that may expose the author or publisher to issues of legal liability.”

According to Tonya M. Evans, a law professor at Widener University and the author of a series of legal reference guides for publishers, these issues can fall into the categories of “copyright and fair use, right of privacy, right of publicity and defamation.” Evans explained that “The goal is to raise these issues so that the client can make an informed decision whether it is in their best interest to publish the work as is or make changes, secure permissions, or delete certain material altogether.”

But, when Newman asked Random House’s publicity director, Sally Martin, whether or not Mam’s book had been fact-checked, she issued this statement: “Random House does not discuss the pre-publication review process for any particular title. Since Random House publishes in so many different subject areas — biographies, cooking, health and fitness, history, religion, etc., — and on so many topics within each subject area, it is not possible to have or describe any ‘standard’ pre-publication review procedure for nonfiction titles.”

Authors Doing It For Themselves

And since some publishers aren’t willing to pay the cost of fact-checking, some authors have taken to doing it themselves. Former fact-checker Mae McClelland, author of For Us Surrender Is Out of the Question: A Story from Burma’s Never-Ending War and her latest Irritable Hearts, paid for fact-checking both of them on her own. “For my first book, I actually wound up spending more money on fact-checking than I got for my advance – by a lot,” she told Newman, adding that she would like to see the publishing world write the cost of fact-checking into book contracts, but doubts that it will happen soon.

Stuart Rosenberg of MediaBugs said that publishers aren’t likely to take on that kind of responsibility without commercial pressure. “I just think you’d have to rip up the publishing industry as it exists and start over if you really wanted to fact-check books.”

He added that, “They don’t pay a price when the book is exposed. No one looks at the publishing house’s name on the book they bought four years ago when Newsweek exposes it as inaccurate and says, ‘I’ll never buy a book published by them again? So why should the publisher care?’”

McLelland did offer a suggestion for publishers not willing to pay for fact-checking. “Maybe there should be a warning, like on a pack of cigarettes. ‘This book has not been fact-checked at all.’ Because when I realized that basically everything I had read until that point had not been verified, I felt a little bit lied to.”